Protecting Yourself Against Cheating in Home Games: Collusion 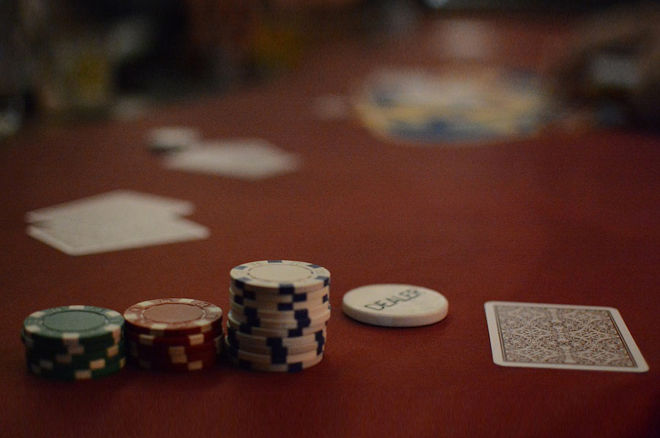 Non-poker players often get their impression of the game from movies and other media. Accordingly, given the frequently wrong or exaggerated image of poker that is often portrayed, the public at large often has a mistaken view of the game. One of the largest and most incorrect views encouraged by such portrayals is the idea that there is a lot of cheating in poker.

The earliest accounts of poker include many references to it as “The Cheating Game.” Stories of farm owners traveling on riverboats down the Mississippi River, being cheated out of their feed money, are legend. So, too, has the public been treated to cheating as a central part of poker in such movies as The Sting, The Cincinnati Kid, and Rounders.

I have played poker for over 50 years, and in as many poker rooms and home poker games as any person alive (I would guess). Truth be told, I have to say that I don’t think there is a lot of cheating in poker today. That’s not to say that there’s none. I have suspected it in home games, in casino games, and online. But from my considerable experience, I think that it’s relatively rare, especially when it comes to the type of cheating that has been so often written about and portrayed in the movies.

A disclaimer is in order. I don’t cheat. I never have. And so, though I may think that cheating hasn’t been going on, there is certainly the possibility that it has been of such a high level of sophistication and stealth that I just wasn’t aware of it. Since I don’t use cheating devices, or work in tandem with cheating teams or partners, it is possible that I have just not observed it. Keep that in mind as you read what follows — there should always be at least some small kernel of concern that I might just have been outsmarted by cheaters.

That being said, I’ve also read much that has been written on the subject of cheating and legerdemain at the tables. I’ve watched videos on the subject and interviewed and conferred with many experts on the cheating as well. I draw my conclusions about cheating after all of that research.

To be sure, whenever you play poker there is usually at least some risk of cheating, and more so in the unregulated environment of home games than in casinos. Because of that risk, this column and the next are designed to let you know what to look for in order to spot and avoid being cheated in a home poker game.

First, I’ll list what I believe to be the three most likely forms of cheating you might encounter in a home game., then I’ll address each in turn, discussing what it is, what to look for, how to protect yourself, and what to do if you think you are being cheated.

In my view, the three types of cheating that you are most likely to face in a home poker game are:

We’ll focus on collusion today, then next time look more closely at peeking at cards and chip snatching.

Collusion: What It Is

Here’s an example of a collusion system. Player A and Player B agree ahead of time that they will try to either suck other players in when one of them has a monster hand or try to drive players out when the pot is large and they have nothing. They may do this by establishing that they will bet or raise by odd amounts to signal that they want a call from their partner and an even amount if they want a raise.

Such a system can manipulate a third player into acting in a way that is beneficial to the team, either by seducing the third player into putting extra money into a pot in which he is likely to be behind, or by shoving him out of a pot he might otherwise win with the superior hand.

Collusion: What to Look For

Players sometimes are suspicious of husbands and wives or friends playing poker with each other. Frankly, these are the least likely people to be colluding with each other, mainly because it’s so obvious that they know each other and will likely attract suspicion.

In the unusual event that there is collusion in your game, it’s more likely to be from two players who do not seem to know each other well, or at all. If two players have gone to the trouble of setting up a system for colluding, it’s highly unlikely that they wouldn’t try to disguise their pre-existing close relationship.

Rather than looking for players who are intimately connected to each other, then, look instead for players who tend to raise and reraise each other frequently when there is a third or fourth person in the pot, but who rarely if ever showdown both of their hands. Do keep in mind, however, that raising and reraising are almost always the product of honest aggression, not collusion.

Collusion: How to Protect Yourself

The best protection you can give yourself versus collusion is advanced knowledge and solid play, or simply leaving the game — in other words, the same counter-measures you would take if you were up against two honest and extremely aggressive opponents.

You would be aware, in advance, that if you entered a pot with them, that you would likely have to face many stiff raises. For this reason you would increase your standards for entering pots, let them battle it out, and then look to take advantage at showdown when you have a stronger hand than theirs. You could also exploit their collusion by deliberately slow playing your monsters to trap them into making their expected raises and re-raises, thereby winning more than you might against either of them singly. And of course, if you decided that you didn’t like playing against two aggressive opponents, you would leave to find a better game.

Apply those same techniques if you think that two players are in cahoots with each other, and you might be able to turn the tables on them.

Collusion: What to Do About It

Collusion is one of those types of cheating that is just about impossible to prove in a live game. Online you can have site operator check hand histories that are retained for just this purpose. However when playing live, the evidence of collusion evaporates with the end of a hand, especially if the down cards of the colluders aren’t caught on video (as they wouldn’t be in a home game). Thus there is no pattern or paper trail of many hands to check after the fact.

Your options, then, are pretty much limited to leaving the game and informing the host of your suspicions. Usually, it takes a few other players with complaints to get a host to approach a suspected player or players, so don’t expect quick action even if you think you’ve spotted something.

We’ll continue this discussion next time with a look at two other kinds of cheating you might encounter in a home game — peeking at cards and chip snatching.

Ashley Adams has been playing poker for 50 years and writing about it since 2000. He is the author of hundreds of articles and two books, Winning 7-Card Stud (Kensington 2003) and Winning No-Limit Hold’em (Lighthouse 2012). He is also the host of poker radio show House of Cards. See www.houseofcardsradio.com for broadcast times, stations, and podcasts.