Playing a Draw Multiway Can Be a Really Tough Spot 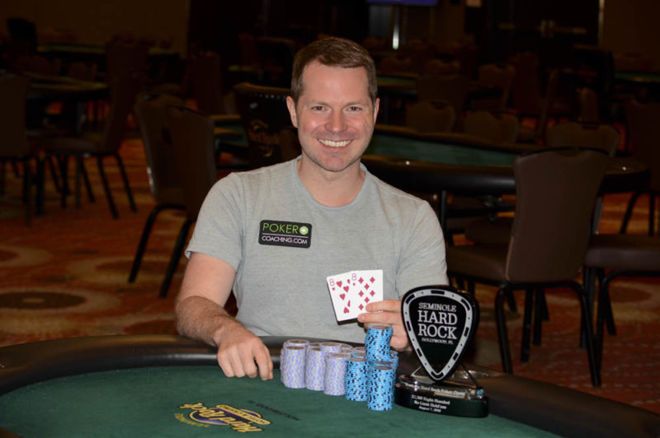 In August 2019, I was fortunate enough to take down the Seminole Hard Rock Poker Open Event #15: $2,200 NLH 8-Handed, besting a field of 211 runners and capturing a $97,160 top prize. Last week I talked about a big hand on how to best play ace-king against a tight-aggressive (TAG) opponent, which ultimately led to me firing a second bullet.

This week’s hand is from the same tournament and took place shortly after I re-entered. I was sitting with 30K (20 BBs) with the

Action folded around to the player on the button (40 BBs) who called. The big blind (100 BBs) also called and it was three-way action to the

flop. In this scenario, we are just going to check-fold as the flop connects very well with the big blind. If I continue, the big blind will just check-shove if he caught any part of it.

"I do not want to be raising here with anything as my opponent has the raise and nut advantage."

While I planned to check-fold the flop, action actually checked around and we turned a flush draw when the

paired the board. The big blind now bet 4,000, or a third of the pot. Does the big blind have any or many sevens in their range for trips? The answer is yes. He would defend against my preflop raise with a lot of hands that contain a seven, so I do not want to be raising here with anything as my opponent has the raise and nut advantage. As such, I should not have a raising range at all.

As a shallow stack, I was willing to take more risks, like calling to see if I get there. The button calls as well, maybe with an overpair or some sort of draw, and the

appeared on the river.

The big blind checked and we can be relatively sure he doesn’t have a seven, otherwise he’d value bet and try to get called. I think we have the best hand in this scenario a lot, but the question is should we value bet? Just because we have the best hand does not mean we should value bet. It’s a very important concept. You want to make sure that when you bet you can still get called by worse hands a decent amount of the time.

Here, we have to be pretty confident we have the best hand to bet in this spot, and I was confident. I bet 14,000 hoping to get called by an under pair, and in hindsight, I think it was too much. A bet size like 8,000 would’ve been better as a hand like pocket eights would for sure call.

As it happened, the button called and the big blindfolded. I tabled my hand, my opponent mucked, and I won the hand.

For a more thorough breakdown of this hand, check out the following video: