“Never Complain, Never Explain” and Other Unwritten Rules of Poker 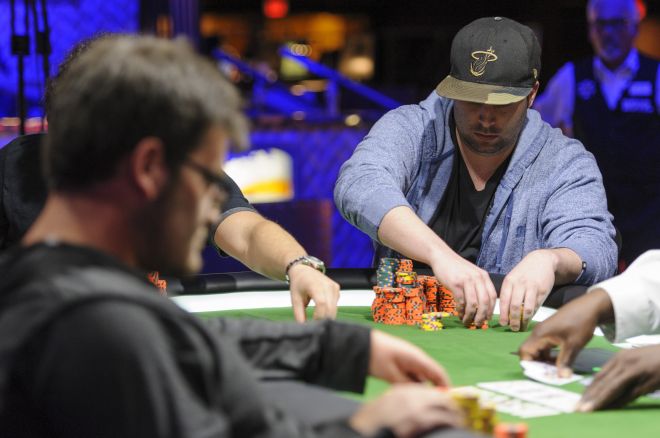 I like rules. Some people by nature rebel against them. But whether by genetics or upbringing or whatever, I find that things go better when I pay a lot of attention to rules.

This is prominently true for games and sports. If I’m going to spend a lot of time playing a game, I’m going to learn its rules like a lawyer studying for the bar exam, and then use my knowledge of them to gain a tactical edge, and to be sure that I’m not taken advantage of because of lack of familiarity with the rules.

But my fondness for rules also extends to non-game situations. Over my several decades on planet Earth, I have accumulated a set of rules for life. Some of these were taught to me by my parents, some by other people, and some I have worked out for myself — often by suffering the consequences of breaking them.

There are many more, but you get the idea. I won’t claim that I always and perfectly adhere to my own rules, but I can attest that life goes by more smoothly and easily when I do.

As with life in general, I have found that poker goes better for me when I follow a comparable set of rules — not the rules of the game, but for how I approach it.

Importantly, these do not pertain to specific tactics. I have no rules that say things like, “Never open for a raise from early position with a junk hand.” That’s because poker is so heavily situation-dependent that there is some time, place, and circumstance for nearly every move that would be insane to use as a general practice.

Here are a few of them…

This one is easy for me because I’m very, very close to being a teetotaller anyway. But I’ve seen excellent players become spewtards under the influence, and lose several sessions’ worth of wins because they had one too many of the free shots of Jägermeister that Vegas poker rooms will serve you. There are a small number of excellent poker players who, according to reliable outside observers, become even more winning and dangerous with a jolt of alcohol-infused fearlessness. Chances are that you are not among them, so don’t kid yourself.

Bad beats happen. Dealers screw up at crucial moments. Floor personnel make wrong-headed decisions that go against you. Deal with it. Smile if you can, bite your tongue if you must, but don’t gripe about it. Complaining doesn’t fix anything, makes you feel worse — not better — about your misfortune, and poisons the atmosphere of the game for everybody else, too.

As for explaining, forget it. I understand the impulse for the approval of your friends and even strangers. You don’t want to be thought to have done something stupid — whether you objectively did or not. You want the other players to understand how brilliant and well-calculated your raise or call was, how the math or your laser-sharp read completely justified it. But don’t. Just don’t. You lose much more than you gain. Nobody at the table signed up to take poker lessons from you. Even if you’re qualified to give them, they’re not paying for them.

Keep in mind the great line from the greatest poker movie ever made, The Cincinnati Kid. Lancey Howard, played by Edward G. Robinson, gets an opponent to call his raise. Howard has a queen-high flush, the other man a jack-high flush. He angrily asks Howard, “How the hell did you know I didn’t have the king or the ace?” Howard coolly replies, “All you paid is the looking price. Lessons are extra.”

3. When you can’t play your best, don’t play at all

It was often observed of the late Chip Reese that when he wasn’t on his A-game, his B-game and even his C-game were still good enough to win most of the time. That’s not true of me. I have a reasonable edge over most of the people I play against. But it’s not so huge that I can play a deteriorated game against them and still expect to win.

So I quit when I’m tired or recognize that I’m not at my best. I know that I play better when I really want to play, so I just avoid going to a game when it feels like a chore rather than something I’m excited to be doing. I stay home when I’m sick, when I have time pressures, or when I’m preoccupied by other issues or problems.

4. Help start the game and keep it going

Like most other players, I’d rather play at a full table than short-handed. But there are times when you have to make a choice: play short in order to get a game started, or sit out, waiting until the game is going strong to join it. I try to be one of the ones who are in their seats ready and willing to go. To cite Chip Reese again, he once spoke with memorable imagery of the need to do this: “If you don't open the store, how can you get any customers?”

Similarly, there frequently comes a time when a casino poker game loses a few people. The game is then at a tipping point. If the people who don’t like to play short-handed also decide to take a break until the table is full again, the opposite happens — the game breaks up instead of limping along until more people can join. I strive to be one of those who stay, even under less than optimal circumstances, trying to keep the store open.

Those are just a few of my personal rules for poker. You won’t find them in any poker rule book, but I think if you make them part of your personal credo, you’ll be both happier and more successful at the game.

Robert Woolley lives in Asheville, NC. He spent several years in Las Vegas and chronicled his life in poker on the “Poker Grump” blog.