Learn the ABCs of Cash Game Strategy: The Importance of Position 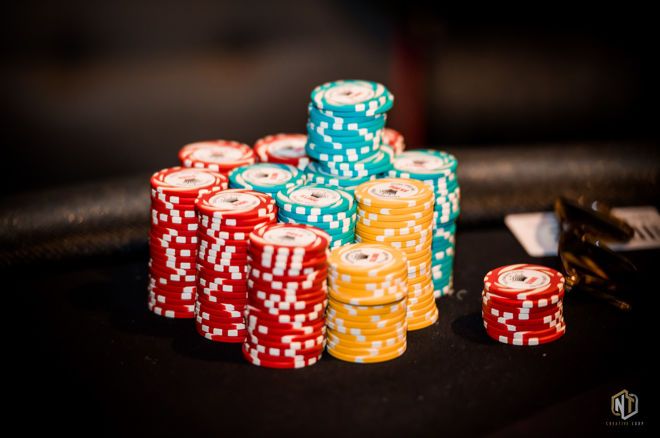 Winning poker players are constantly evolving. That’s a good thing, but lots of people get lost along the way. With ‘winning strategy advice’ coming from all directions, and highlight reels of high stakes pros pulling mega bluffs and folding the second nuts on YouTube, you can be forgiven for falling into the trap of fancy play syndrome, but it’s time to get back to basics.

In this article, we take a look at how simple a tight-aggressive style is to play and how it works.

A tight-aggressive style works because it gives you an almost immediate advantage over your opponents – you will generally be playing stronger hands than they do. That means you’ll make stronger hands post-flop too. You’ll be value betting more and bluffing less.

There’s no mystery to a tight-aggressive style. You’re looking to be more selective over your starting hands and play them aggressively. That means you should be entering pots with a raise rather than calling, and betting rather than checking.

This gives you two ways to win a pot:

It also means you’ll be building a pot with (hopefully) the strongest hand. You should enter pots with a standard raise of 3x and add a big blind for every limper. So, if you’re playing $0.50/$1, your opening raise should be $3 and if someone’s already limped in you should make it $4. Everyone has an opinion on opening raises but if you stick to the standard raise you won’t force out weaker players and you won’t let players enter the pot cheaply.

If you want to know how important position is, just listen to Doyle Brunson who said, ‘If I could play every hand on the button I’d beat any game blind.’ Poker is a game of incomplete information – the more you have the better the decisions you can make. That’s why the button is the best position in poker. With the exception of the blinds, you’ll act last pre-flop and you’ll act after everyone on every street post-flop.

Playing out of position makes everything much harder – unless you hit a monster hand you’ll always be second-guessing your opponents. Take a hand like

suited. If you get this on the button and there have been a few callers before you, you can call with great odds to hit a big hand. This same hand is almost impossible to play in early position when you don’t know if a player will raise behind you. Even if you do see a flop you’ll have to play every street out of position. Taking a nine-handed game, position breaks down as follows:

The aim of playing an ABC style of poker is to minimise tricky decisions. So, in early position it’s simple – it’s all about strong hands. Throw away anything weaker than

suited and any pairs worse than

. If you’re tempted to enter with a weaker hand, say

suited, ask yourself what you’ll do if you get three-bet. Keep things simple and you won’t get in trouble.

In middle position you can start to open your range up and play more hands. You’ll have information from players acting before you and you’ve only got two or three seats behind you to worry about. If someone from early position has raised then you need to think about what hands he’s opening with. If he’s opening with the range above (

+) you need a tighter range to avoid being a dog against him. If someone from early position has just called then you can limp along with hands that play well in multi-way pots, like pairs and suited connectors.

When you’re in late position you can play a much wider range of hands as you’ll have a significant advantage over your opponents for the rest of the hand. You can open all pairs,

You’ll notice that we’re still keeping a fairly tight range of hands that we’re playing – you’re looking to enter pots with the strongest hand. Stealing the blinds is still important – not as much as in tournaments obviously – but you shouldn’t be tempted to try to steal them with any two cards. If the blinds defend then you’re going to make things hard for yourself post-flop.

Playing From The Blinds

Playing from the blinds is tough. People get tempted to defend their blinds with a wide range of hands as they’ve already got money in the pot and don’t want to lose it. Defending too wide means that you’ll end up losing even more money though.

However, you should look at the cost of entering the pot and use your common sense – defend when it’s cheap and you’re getting the right price. You can defend with more hands in the big blind than the small blind.

When To Deviate From ABC Strategy

Back in the good old days an ABC strategy was all you needed to get by. The games might be tougher today but a solid ABC strategy is still good enough to win at lower stakes. Generally speaking, live games are weaker so an ABC strategy has even more chance of success.

An ABC strategy is also extremely useful to adopt if you’re sat with players you have no information on. It will enable you to build information up without taking risks.

The big problem is that it’s predictable and easy to exploit. If you’re sat with decent players, or you’re sat at the same table for a long time, it won’t take your opponents long to work out how you’re playing. If this happens you can balance your play by adding bluff raises with weaker hands and raising from early position with small pairs and suited connectors. This will get you into less trouble than raising with hands like

suited, which could be horribly dominated. If you flop big with a suited connector you’re likely to have the best hand.

Grab yourself up to €2,000 first deposit bonus by downloading Betsafe through PokerNews. Enjoy Twisters, 6+ Hold'em, Speed Poker and more when you play on Betsafe.