Learn How to Stop Making Simple Mistakes in PKOs 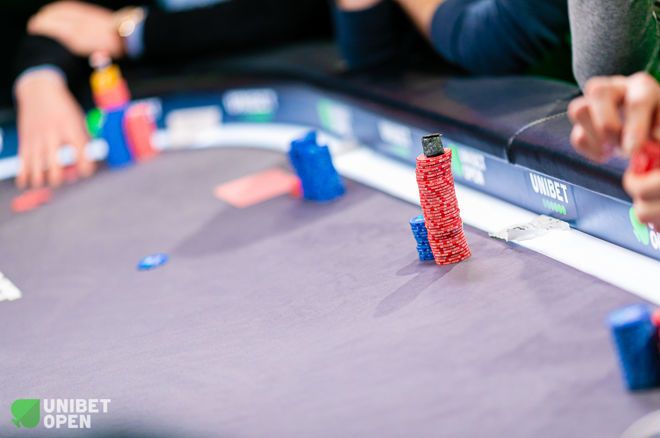 Approximately 8 seconds after myself and Barry Carter released our new book PKO Poker Strategy, we stumbled upon an analogy that explained PKOs perfectly to serious players. We really wish we had come up with it beforehand because it clears up a lot of confusion even good players have about them.

The Biggest Mistake You Can Make

The analogy is that PKOs are the tournament equivalent of split pot games like Omaha Hi/Lo. It is a hallmark of a bad Omaha Hi/Lo player to only play for the high pot. You will see these players overplaying hands that dominate in regular PLO like

but have zero chance of winning the low pot. It is the literal definition of leaving money on the table.

The exact same leak is playing out right now in every progressive knockout tournament being played online. The biggest mistake you can make in a PKO is not to play with the bounties in mind and to instead play them like a regular tournament, trying to make it to the money spots instead. It’s not just the players, the operators have them dead wrong too, again because they are treating PKOs like any other tournament.

The biggest single way in which both players and operators are making this mistake is in how they approach late registration in PKOs.

Late registering a PKO is always a terrible idea, as is re-entering. We go through the math of this in PKO Poker Strategy and how it is like paying an extra rake, but in practical terms when you register late you can never compete for the bounties that have already been won. You are literally playing for a smaller prize pool than the players who showed up on time.

Whenever you register late or re-enter, you are handing equity to the other players before you even play a hand. It’s also harder to win the big bounties because you arrive with a chip deficit. Late registering does make it more likely you’ll make the payout stages, but the payouts are half what they would be in a normal MTT. You are playing for a much smaller pot than everyone else.

This mistake is also made at the operator level. Late registration for PKOs is way too long. It’s understandable because PKOs are very popular, so you can put on big guarantees which can be achieved with late registration and re-entry. But as the game evolves, as people learn more about PKOs and dare I say it, when people read PKO Poker Strategy, they will get frustrated with long late registration.

I am pleased to say that my sponsor Unibet have woken up to this issue and have been trialling a new PKO format called Protostar Bounty. It’s a regular PKO, but late registration is only four levels and only one re-entry is allowed. So even if you cannot show up on time, you are not going to be so late that you lose a huge amount of EV. We think this is a good way to protect casual players from making a big equity mistake in a format that is otherwise very forgiving of typical recreational player errors.

Protostar Bounty tournaments also have another related element which is that they start shallower but have longer levels. PKOs typically play far too deep early on with way too many big blinds. This makes it hard to win a bounty in the early going unless there is a cooler type of hand. That is a mistake, one of the exciting and profitable parts of bounty tournaments is winning a bounty early. You instantly win 25% of your equity back and put yourself in a profitable position to win more bounties. It’s also what recreational players enjoy about bounty tournaments, winning money for busting people right away rather than surviving until the money. Starting too deep makes it hard to do the thing PKO tournaments were created to do.

In Protostar Bounty tournaments we start with just 100 big blinds and by the time late registration is over it is 50 big blinds. However, the clock is quite long, so it does not feel like a turbo tournament. We think that this puts them in a sweet spot where there is plenty of play in them, the late stages are deep, you won’t be waiting around forever to make the money but vitally the stacks will be optimised so that you can set up your bet sizes to win bounties every hand from the start.

On top of that we are giving away a digital copy of PKO Poker Strategy to anyone who cashes the €25,000 GTD event, anyone who makes the €2,500 GTD final table and the winner of the €250 GTD event*.

PKOs are fast becoming the most popular online MTT format so operators and players need to learn more about them. They are a very different beast to regular tournaments but on the surface they look the same. The biggest mistake you can make as a player or poker room is to treat PKOs like any other format.

Dara O’Kearney is the co-host of The Chip Race Podcast and co-author of PKO Poker Strategy. He is sponsored by Unibet Poker.

Sponsor-generated content from Unibet Poker
*Players in Sweden and Belgium are not eligible for these prizes.

When NOT to Gamble for a Bounty in PKOs