You River a Backdoor Straight and Face a Bet -- Raise or Call? 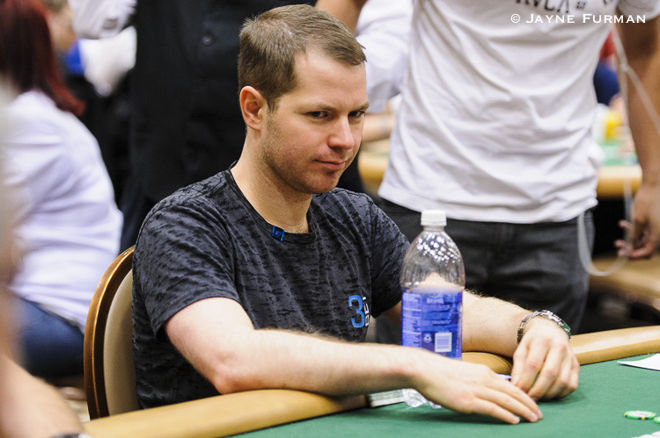 Today I want to review a hand I played not long ago in a $3,500 buy-in World Poker Tour event, one that presents a somewhat common though not easy river decision.

I raised to 300. I talk in the video a little about the potential advantages of raising such speculative hands early in tournaments when the stacks are deep.

The big blind called, then check-called my continuation bet after I missed the flop. We both checked the turn, then the river made me a backdoor seven-high straight, although there were bigger straights out there and three diamonds on the board as well.

At this point my opponent bet into me, and I had to decide whether to raise or call. In this situation, would you raise for value or take the cautious route?

Take a look at the hand and what I did, hear my reasoning for my decision, and see what happened:

In general, you will find that the best tournament players take the low variance option and call in situations like this, especially when the opponent would have a tough time calling a raise with many inferior hands.

How would you have played it? Let me know in a comment below.

Jonathan Little is a professional poker player and author with over $6,300,000 in live tournament earnings. He writes a weekly educational blog and hosts a podcast at JonathanLittlePoker.com. You can follow him on Twitter @JonathanLittle.