Jonathan Little on How to Play a Marginal Made Poker Hand 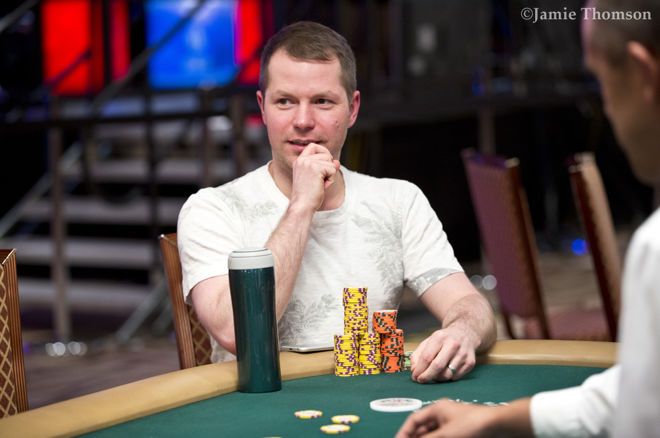 In August 2019, I was fortunate enough to take down the Seminole Hard Rock Poker Open Event #15: $2,200 NLH 8-Handed, besting a field of 211 runners and capturing a $97,160 top prize. Two weeks ago, I talked about a big hand on how to best play ace-king against a tight-aggressive (TAG) opponent, which ultimately led to me firing a second bullet, and last week I looked at how playing a draw in a multiway pot can lead to really tough spots.

In my latest hand from that tournament, I am going to talk about how to play a marginal made hand. In this one, I play a three-bet pot and flop middle pair in position. After facing a flop bet, I have to decide what to do on the turn and river. Do you check and try and get to showdown or go for the bluff? Here’s how it went down.

. An older player in the big blind was sitting with a similar stack and opted to three-bet to 30,000.

A lot of older players tend to be on the tight side, especially when three-betting from the big blind, but that said, I don’t know if this particular player fits that mold. It’s important to realize who your specific player is, but if you don’t know, you shouldn’t make broad assumptions. Big assumptions can lead to substantial errors.

I default to the GTO strategy, which is not to fold good hands that flop well, so I call to see a

flop. My opponent has the range and nut advantage, so he should be betting frequently and small. Turns out he does bet small by making it 20,000.

With no real reads, I call with the intention of folding the turn whenever I don’t pick up more equity. The

turn doesn’t do me any favors, but my opponent actually checks. Now, should I bet? The answer is obviously no because if my opponent is competent, he could easily be checking an ace, and what sort of hands could he have that he’d fold out?

I do check and the

appears on the river. My opponent checks again and I have to decide if I want to bet here. He could have kings or queens that would fold to a river bet or jam, but on the flip side, my hand has plenty of showdown value.

What if I have a hand like queen-ten? I would likely bet small on the turn, like 30K, and then jam the river. That’s also how I’d play my good aces and made hands, meaning I’d play my made hands and bluffs in the same manner.

Anyway, it went check-check and my opponent mucked, meaning I won with my pair of jacks.

For a more thorough breakdown of this hand, check out the following video: