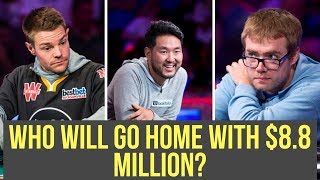 Only 3 Players Left in the 2018 WSOP Main Event 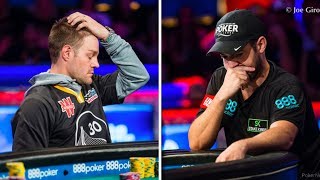 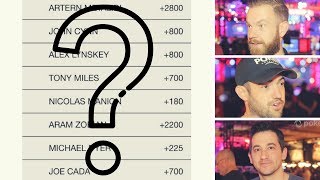 Sports Books Not Taking Bets on Joe Cada at 4-1? 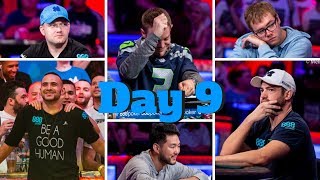 Michigan native Joe Cada’s rise to the top of the poker world has been a fast one to say the least. A few years ago he was just another university student who went on to make a nice living playing online poker. Now he stands as one of the biggest winners in the game, with a huge bankroll and financial security for the rest of his life.

Although he was already known for the success he’d had online at PokerStars, Joe hit the big time on the live circuit at the 2009 World Series of Poker* in Las Vegas. First up was a 64th place finish in a $2,500 No Limit Hold’em event, followed a few days later by a 17th place finish in a $1,500 No Limit Hold’em event - worth a combined total of $28,216. Then came the Main Event and the moment that would change Joe’s life for good. The field was a big one, with 6,494 runners all looking to take home poker’s greatest prize. After hours of play and thousands of bust outs, Joe found himself as one of the last players remaining, going into the final table as the youngest player and with an average sized stack.

Before the November final table came around, Joe continued his good run by winning a 2nd Chance tournament at the 2009 PokerStars World Championship of Online Poker (WCOOP) for prize money of $128,872. On his return to Vegas, he battled hard and took down the Main Event, winning a huge payday of $8,546,435 and the Championship title that every poker player wants to get their hands on. At just 21-years of age, he also became the youngest Main Event winner in history, a record set the year before by fellow Team PokerStars Pro Peter Eastgate.

To achieve the ultimate poker title at such a young age shows just how much of a threat Joe Cada will be at the table for years to come, and proves once again that the new generation of online players have what it takes to cut it on the live scene. He is a member of Team PokerStars Pro and plays online using the screen name ‘jcada99’.