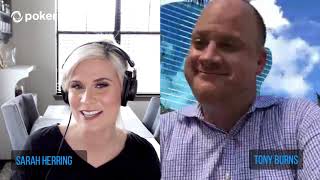 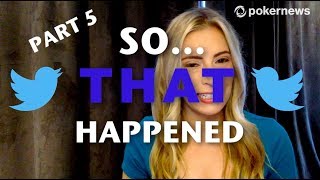 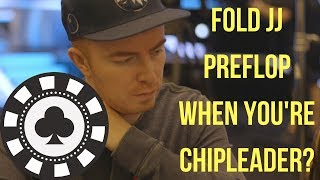 Should You Be Aggressive or Cautious with a Big Stack Early in a Major Poker Tournament? 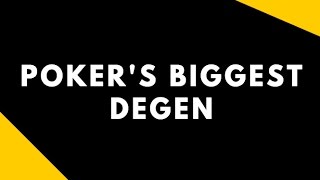 Jason Mercier stormed onto the poker scene in the first half of 2008 after he won the European Poker Tour Sanremo Main Event. Since his big boom, Mercier has been accumulating tournament results around the world in bundles. He currently has over $8 million in tournament earnings.

Mercier was born in Fort Lauderdale, Florida. He picked up the game of poker in his late teens, but only started taking it seriously in college. He won his first live tournament ticket in an online satellite and that gave a start to his impressive career. Mercier now has 2 WSOP bracelets and 31 money finishes. He also cashed in 5 WPT events and boasts one EPT title.

Before he learned about poker Mercier was certain he would become a math teacher and was even studying to become one. He got his start playing poker in high school with friends and then after the poker boom hit, took to the online felt. Playing under his then-alias “treysfull21”, Mercier concentrated on cash games while dabbling in tournaments. It was online that Mercier won a satellite into the EPT’s Sanremo Main Event. Jason then went on to win that tournament and a whopping $1.3 million first-place cash.

After his big win in Sanremo, Mercier traveled to the World Series of Poker in Las Vegas. He cashed in three WSOP events that year and earned himself over $55,000 total. He then came back to Europe and made a deep run at the WSOPE in the $5,000 Pot-Limit Omaha event.

At the 2009 World Series of Poker Jason was able to continue his good run with four cashes and his first bracelet, taking down the $1,500 Pot Limit Omaha event for $237,462. That same year Jason went deep at the World Series of Poker Europe, finishing fourth in the Main Event for $425,158. Mercier scored his second WSOP bracelet in 2011 when he won the $5,000 Pot Limit Omaha - Six Handed event and took home $620,000 in cash along with the prestigious trophy.

In 2012 he added another seven WSOP cashes to his already imposing resume during the 43rd annual World Series in Vegas and then another three cashes just a few months later at the WSOP Europe.

The European Poker Tour marks Mercier's first and the biggest win of his poker career when he came out victorious at the Season 5 EPT Sanremo Main Event taking home a cash prize of €869,000. That same year Mercier placed sixth in the EPT Barcelona Main Event collecting more than €220,000.

Mercier's EPT success continued in 2011 as he final tabled the PokerStars Caribbean Adventure $25,000 High Roller event finishing in eighth place for almost $130,000. A few months later Mercier took down the European Poker Tour Champion of Champions event in Madrid, Spain. The exclusive tournament featured all previous EPT title winners and Mercier proved to be the best of best.

In October of 2008, Mercier won the High Roller event at the European Poker Championships and first place of over $900,000. Combining his WSOP, EPT and other tournament cashes, over $2.7 million is the total that Jason Mercier pulled in during 2008. In 2009, a month after his success at the L.A. Poker Classic, Jason won an event at The Wynn Classic in Las Vegas. The tournament was a $1,000 No-Limit Hold’em Rebuy and first place was worth over $80,000. He also cashed one other time at this event.

The first place prize of $475,000 in the PokerStars.net NAPT Mohegan Sun $25,000 Bounty Shootout was one of the biggest scores for Mercier in 2010 while in April 2011 he won another NAPT event, this time in Uncasville where he bested the $10,000 High Roller Bounty Shootout event collecting $250,000 in cash.

Jason is a member of Team PokerStars Pro and plays online using the screen name ‘JasonMercier’.