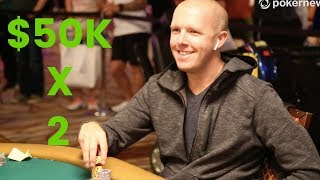 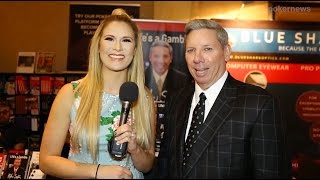 Life's a Gamble with Mike Sexton

The late David “Chip” Reese is widely regarded as being the best all-around poker player the world has ever seen. Acording to poker legend Doyle Brunson, “He’s certainly the best poker player that ever lived.”

Chip learned poker along with many other games during his younger years when he was forced to stay home from school due to sickness for almost a year. His mother taught him all of the games and soon enough, Chip was crushing kids much older than him in poker.

A very intelligent individual, Reese attended Dartmouth College. Alongside earning an economics degree, he regularly won at poker. Chip landed himself in Las Vegas upon graduating from Dartmouth College. He had plans to only stay in the desert for the summer before attending Stanford Law School in the fall. His plans changed when he realized the financial reward he could have from playing poker in Las Vegas. He won $40,000 in one tournament and proceeded to run his bankroll up to over $100,000. Law school would be put on the back burner.

With such a presence already made on the poker scene, Doyle Brunson recruited Reese to contribute to Super/System. Reese did so and in the book, Brunson referred to him as “the best seven-card stud player I’ve ever played with.”

Despite his early tournament success, Reese preferred to stick mainly to cash games. He played tournaments in Las Vegas, but rarely traveled as most professionals do today. Reese was one of the largest winning cash game players in the world and almost always seemed to put up positive results. A regular in the “Big Game” in Vegas, one could ask any player that has played in Bobby’s Room who the best was and they’ll respond by naming Chip Reese.

In 2006, Chip battled through one of the toughest tournament fields ever to win the first-ever $50,000 H.O.R.S.E. Championship at the World Series. He took home over $1.7 million after dueling with Andy Bloch for an ever-lasting seven hours. The tournament is felt to be the most prestigious title in all of poker and the trophy has since been named the “David ‘Chip’ Reese Award.” In total, Chip amassed over $3.8 million in tournament earnings.

On December 4, 2007, Reese passed away during his sleep. His death was hard felt around the entire poker community. Not only was Chip a great poker player, but he was an amazing friend and family member, widely considered as one of the nicest gentlemen in the game. Mike Sexton said, “Chip has always been admired by players for his success, his demeanor at the table, and that he never steamed or went on tilt.”

He was the youngest player ever inducted into the Poker Hall of Fame. “When you mention poker ‘greats, put Chip Reese on the top of that list,” added Mike Sexton.