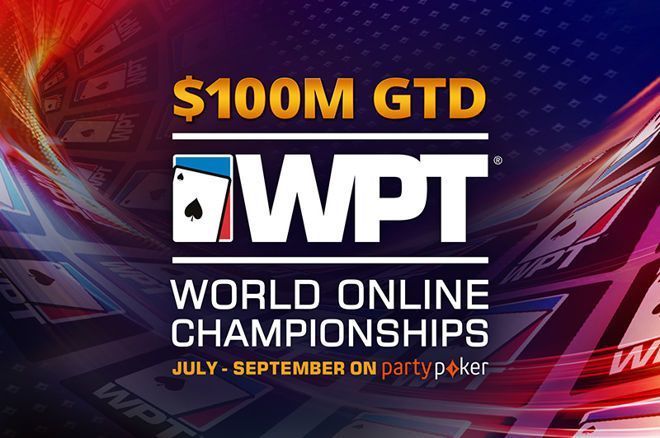 It's not too late to jump into the World Poker Tour World Online Championships on partypoker. With mega-satellites galore, and easy ways to win your way into the Main Event through $10 SPINS, there are a huge number of ways to turn a satellite victory into a BIG win!

As part of this campaign to give regular recreational poker players easy access to the WPT WOC, several Daily tournaments in the partypoker lobby have been given WPT Edition revamps to allow you to win your way in for less!

Head to the WPT Online Hub

For the latest information, interviews, news and more, head to the PokerNews WPT Online Hub!

This bounty tournament is the lowest buy-in on this list of daily tournaments, costing just $2.20 to enter. The tournament guarantees $2,000 and has three $109 WPT Tickets added on top of that. Players start with 50,000 chips and the levels are seven minutes long.

Still accessible with a buy-in of just $5.50, The Flash has a varied guarantee of $4,000 or $5,000 with seven $109 WPT tickets added. This speedy bounty tournament has five-minute levels and players are only allowed to re-enter once.

With up to $100,000 guaranteed, The Gladiator is definitely one of the most exciting tournaments on this list. It also guarantees the most WPT seats, with up to three $1,050 seats to the WPT World Online Championships Mini Main Event guaranteed!

Tournaments don't come more Magnificent than The Magnificent 7 with, unsurprisingly, seven $109 WPT Tickets added to the tournament. With a buy-in of $7.70 and a guarantee of $7,000, it's perhaps more surprising that the levels are...eight minutes long.

With up to $30,000 guaranteed for just a $22 buy-in, The Predator is definitely a tournament you should add to your schedule. There's also the bonus of a $1,050 WPT Seat being added, so next time you're in the partypoker lobby be sure to check this one out!

A slightly different tournament format than the others, The Target is an eight-max Mix-Max tournament which is becoming popular among poker players. With an eight-handed and six-handed structure, players are able to make the most of short-handed poker whilst also being in with a chance of winning one of seven $109 WPT Tickets.

The final tournament on this list is The Terminator which has a $20,000 guarantee for just $11. Blinds are eight minutes long and players have eight levels of late registration and single re-entry.

partypoker is Giving Away $500K Worth of WPT Tickets

Grab Up To $30 Worth of SPINS Tickets

Download partypoker via PokerNews, deposit £10 and partypoker gives you £40 worth of free play via tickets. All partypoker players have the chance to earn up to 40% cashback every week on top of this welcome bonus.