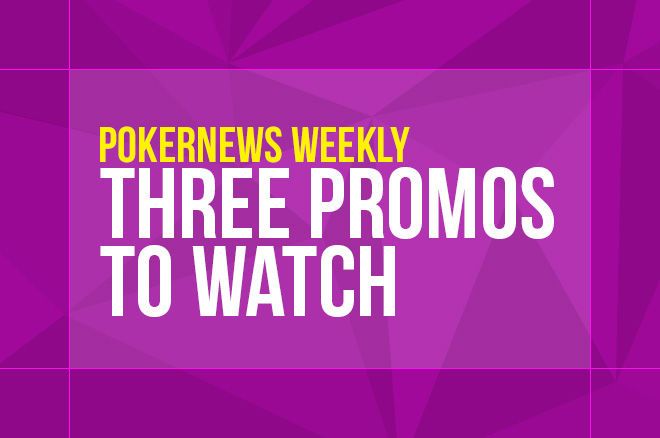 The summer months are traditionally quiet when it comes to online poker promotions but there are still plenty knocking around this year. This week’s Three Promos to Watch features a series of freerolls at Unibet Poker, a new and improved app for playing Betfair from your iPhone or iPad, and some very fishy tournaments at 888poker.

€15,000 Worth of Summer Freerolls Are Waiting

Every day until August 15 at 5:00 p.m. UTC. A €500 Daily Freeroll shuffles up and deals. Every Unibet Poker player receives one free ticket to these daily tournaments and there’s no excuse not to play them.

These €2,000 Weekly Freerolls can only be entered with tickets won in the €500 Daily Freerolls. Cards are in the air from 6:00 p.m. UTC on August 1, 8, and 15th. There’s no cash prizes in the weekly events, the prizes are paid out in online poker tickets.

Freerolls are a great way to build or boost your bankroll. €15,000 worth of freerolls will definitely do both these things.

€15K worth of freerolls are waiting for you

Betfair Poker players using an iOS-powered device can now enjoy a raft of features thanks to the site’s mobile app undergoing a transformation. Download the new Betfair Poker iOS app from the Apple App Store and you’ll instantly notice the new look and feel.

It’s not possible to play in portrait mode, meaning you can hold your phone and play poker with one hand instead of having to use both hands at the same time or risk dropping your expensive device.

Navigation through the various lobbies is also improved and it’s possible to buy into Twister tournaments with a quick tap. You can also customise the betting buttons to give you even more flexibility when it comes to playing poker from your phone or tablet.

Read more about the Betfair iOS app here before downloading it and never missing a hand of poker again.

Go Fishing For Value in These 888poker MTTs

888poker has always been geared towards the more recreational poker player, which leads to its cash games and tournaments being soft. Some may even call them fishy, which is exactly what these four special fish and sea realted scheduled tournaments are.

Players can buy into the Catfish, Swordfish, Starfish, and Monsoon throughout the week and into the weekend. Depending on which fishy tournament you want to play, you’ll need to buy-in for between $3.30 and $55 unless you win yourself a seat via one of the many satellites, which start from only $0.01, 888poker runs.

Guarantees in these events start at $1,000 and increase to $10,000. Which of these events will you reel in this week?