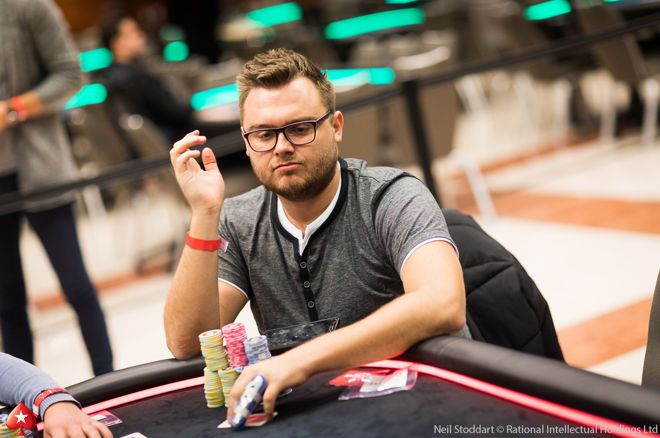 October 11 was another action-packed day for online poker tournament players with huge MTTs taking place at 888poker, GGPoker, partypoker, and PokerStars. Scott Margereson enjoyed his Sunday thanks to chopping a PokerStars event for more than $42,000 and banking more than $19,000 at GGPoker.

The second of those results came in the Sunday High Rollers $1,500. Margereson finished fifth from 223-entrants and won $19,280 at GGPoker.

These are some of the GGPoker highlights involving British and Irish players included:

Over at partypoker, our players enjoyed themselves in the trio of Big Game events.

Although those scores are impressive, the massive haul Ireland’s Mark Davis reeled in blew them out of the water. Davis was the last man standing from the 104-strong field in the $5,200 High Roller Big Game. First place netted Davis $123,111 of the $513,500 prize pool!

888poker, where online poker is booming right now, proved to be a happy hunting ground for players displaying a Union Jack next to their aliases.

Ben “xLIVEPROx” Warrington put together a deep run in the 888Millions SuperStorm Main Event, one that ended in 19th place, a finish worth $5,000. Congratulations to Dominik “888Dominik” Nitsche who took down this event for $121,146. The super-talented German has called the UK home for several years.

Some of the other 888poker results we noticed included:

888poker: Do You Know Your Catfish from your Monsoon?

Finally, let’s take a look at what went down at PokerStars. Let us tell you there were several final table appearances, including a fourth-place finish in the Bigger $109 for Rick “ThEcLaiMEer” Trigg which weighed in at $3,155. “AnFiieLD.” and “lopan83” were present at that final table, finishing in seventh and ninth for prizes worth $1,242 and $667 respectively.

There was also a big win for Ronan “Sw33ney” Sweeney in the $109 Bounty Builder. Sweeney’s victory saw him walk away with $26,142 when bounties were taking into consideration.

Then there was Scott “Aggro Santos” Margereson’s big haul in the $1,050 Sunday High Roller. Margereson officially finished second behind Ivan “zufo16” Zufic but not before striking a deal that saw him pad his bankroll with a cool $41,506.

Check out these other PokerStars results from October 11: