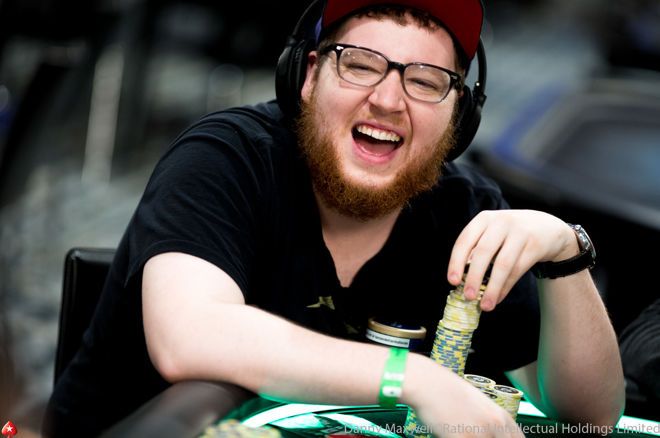 On Wednesday, Day 18 of the 2020 PokerStars World Championship of Online Poker (WCOOP), popular streamer Parker "tonkaaaa" Talbot finally captured one of the most coveted prizes in online poker. The Canadian struck gold in WCOOP-58-H: $530 NLHE [8-Max Progressive KO, Freezeout] by defeating an 842-player field to win $51,168.

Talbot wasn't the only notable making headlines as Stevan "random_chu" Chew also crowned himself champ in the Super Tuesday. WCOOP-56-H: $2,100 NLHE [8-Max, Super Tuesday SE] ended up with the Canadian representative, originally from Australia, winning his first WCOOP career title and a massive payday of $140,594.

Rinat "zapahzamazki" Lyapin captured his second title of the series on Wednesday night and moved up to the lead in the WCOOP Player of the Series race. All that and more happened on Day 18, and a recap of everything can be found below.

Popular streamer Parker "tonkaaaa" Talbot has celebrated tons of successes over the years but a WCOOP win has eluded him until last night. The Canadian defeated countryman "LoosControl" heads-up, with both of them taking almost $30k in regular prizes as a result. With this being a PKO, Talbot walked away with the biggest bounty and collected $51,168, while "LoosControl" walked away with $47,324.

The 28-year-old has had his fair share of heartbreaking near-misses in the past, including runner-up finishes in the Sunday Million, Sunday Warm-Up, and SCOOP events, but claimed the spotlight and the bragging rights on Wednesday night.

Douglas "dougalopes" Lopes, Guilherme "teruliro" Orrico, Paul "Fold Machiii" Dando, and Jamie "Ship It 2010" O'Connor were also among those that made the final table.

Chew, a notable presence on poker twitter, has over a million in live tournament cashes but has more online as he has been around for many years already crushing the virtual tables and collecting scores left, right, and center. Back in 2015, he had already collected over $2 million in online results and has only added to them over the last years.

The latest High Roller installment of the PokerStars World Championship of Online Poker (WCOOP) 2020 saw a field of 97 entries emerge in WCOOP-59-H: $5,200 NLHE [8-Max, Midweek Freeze], which came up short of the $500,000 guarantee by three entries. Unlike most previous high stakes events, the tournament was played as a freezeout and around a dozen players jumped in at the very last minute.

It took seven hours to let the money bubble burst and wrap up the action, and Fabiano "Fabiano1" Kovalski emerged at the top of the leaderboard with 2,435,617. Only two further players ended up with seven-figure stack sizes as Tomi "elmerixx" Brouk (1,429,021) and "MaxHendrix" (1,272,158) complete the overnight podium.

A total of nine champions were crowned on Wednesday night. Besides Talbot and Chew, the following players can call themselves a WCOOP champion.

Twelve new events kick off on Thursday night, including a Stud Hi-Lo event. Check out all the events and starting times below.