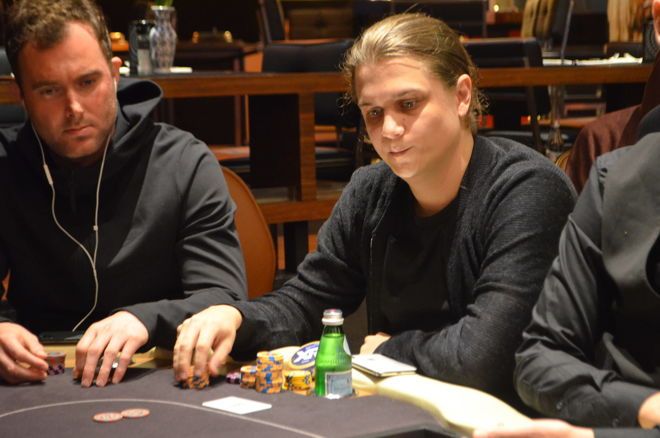 It was a big day on Saturday for Sweden's Niklas "Lena900" Astedt (lead image) in the World Championship of Online Poker (WCOOP) at PokerStars.

Not only did the Swede nail down his second career WCOOP title after finishing on top of a tough field in the WCOOP-39-H: $5,200 NLHE [Progressive KO, High Roller] but also put himself in a great position to win a third title on Sunday by heading into the final day of the WCOOP-44-H: $2,100 NLHE with a sizeable chip lead with just 20 players remaining.

Yuri "theNERDguy" Dzivielevski was on two final tables on Saturday but was denied his third WCOOP title this festival after not finding gold in either event.

Meanwhile, Tobias "Senkel92" Leknes impressively snagged his fifth WCOOP title and Christopher "lissi stinkt" Frank won his second on Saturday. In addition, five-time SCOOP champion Talal "raidalot" Shakerchi finally got the WCOOP monkey off his back after claiming his first title on Saturday.

Read below for a full overview of what happened on Day 12 of the WCOOP.

Niklas "Lena900" Astedt is considered as one of the best online MTT players in the world with over $20 million in cashes and has just won his second WCOOP title in the PokerStars WCOOP-39-H: $5,200 NLHE [Progressive KO, High Roller] for a combined amount of $201,055 including a whopping $99,805 in bounties.

This result is one of his biggest on PokerStars with his recent win in the Stadium Series for $230,435 still ahead in the ranks of his many tournament wins. Astedt defeated Gleb "Ti0373" Tremzin heads-up to prevent him from winning his fifth WCOOP title.

Other familiar names to join the two on the final table were Christian "WATnlos" Rudolph, Manuel "fellatiado" Ruivo, and Ognyan "cocojamb0" Dimov.

For a full recap and all updates of WCOOP-37-H, check PokerNews live reporting

In addition to Astedt, eight more winners were crowned on Saturday. Read below who received the lion's share of each prize pool.

Dvivielevski was also on another final table yesterday in the WCOOP-43-M: $55 NLHE/PLO [6-Max] but was the first player to hit the rail in ninth place. Instead, it was Germany's Christopher "lissi stinkt" Frank winning his second career WCOOP title in that event.

Also of note was that five-time SCOOP winner Talal "raidalot" Shakerchi finally shipped his first WCOOP title after besting a small field of 65 players in the WCOOP-45-H: $1,050 FL Badugi [6-Max].

Six events that began on Saturday are scheduled to conclude on Sunday. Niklas "Lena900" Astedt is looking for his third WCOOP title after just winning his second yesterday as he leads the final 20 players in the WCOOP-44-H: $2,100 NLHE with nearly double the chips of his closest competitor.

Brazil's Eduardo "VdZzZ" Mansho is in the driver's seat looking for his first WCOOP title in the WCOOP-42-M: $109 NLHE [8-Max, Progressive KO, Freezeout, Afternoon Deepstack] with just 64 players remaining out of the 3,539 player field.

Also looking for his first WCOOP title is fellow Brazilian Matheus "bolonhax" Freitas de Abrantes entering Day 2 of the WCOOP-44-M: $215 NLHE in the chip lead with 70 players remaining out of the original field of 1,930 entrants.

It is a busy day for online tournament players with 18 different WCOOP events kicking off on Sunday, September 13. The PokerNews Live Reporting Team will be bringing you live coverage from the beginning until the end of the three-day WCOOP-48-M: $530 NLHE [8-Max, Progressive KO, Sunday Slam] and the two-day WCOOP-48-H: $5,200 NLHE [8-Max, Progressive KO, Sunday Slam].