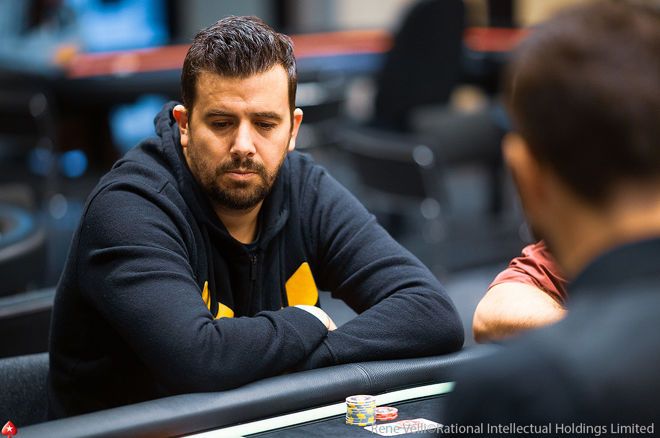 Before the 2020 edition of the PokerStars World Championship of Online Poker (WCOOP), online star Andras "probirs" Nemeth had a glaring omission on his poker resumé as his total number of WCOOP titles was still at zero. After winning his first in WCOOP-15-H: $530+R NLHE [8-Max], Nemeth struck gold again in last night's star-studded WCOOP-37-H: $5,200 PLO [6-Max, High Roller] for his second victory of the series.

Besides Nemeth, there were also big wins for Sam "SamSquid" Grafton and Brunno "botteonpoker" Botteon, who conquered two of the fifteen events that concluded on Thursday night. Read below for a full overview of what happened on Day 12 of the WCOOP.

He may be one of the most decorated players in online poker history, with millions in winnings on PokerStars alone under his "probirs" moniker, but Andras Nemeth had yet to capture a World Championship of Online Poker title coming into 2020. He did so a week ago but it didn't look much like a second one would come in WCOOP-37-H: $5,200 PLO [6-Max, High Roller] either, seeing as Nemeth was sitting in fourth with four players left.

However, pot-limit Omaha can be a swingy game, and Nemeth experienced the positive side of that variance. Less than an hour after sitting in last place, he'd won the tournament for $140,506 for his second WCOOP title.

He had to beat a couple of PLO experts in three-handed play, too, toppling the likes of Lazlo "omaha4rollz" Bujtas and Richard "raconteur" Gryko, both of whom can often be found grinding high-stakes cash of the four-card variety. Both players had fairly sizable chip leads at times during the final table, but neither was able to quite close it out.

For a full recap and all updates of WCOOP-37-H, check PokerNews live reporting

Another big winner emerged on Thursday night with Sam "SamSquid" Grafton going all the way in WCOOP-41-H: $2,100 NLHE [6-Max] to win $84,771. Grafton defeated a field of 216 players containing the world's best, including Steve "Mr. Tim Caum" O'Dwyer who finished runner-up. It was the first WCOOP title for the PokerStars Twitch co-commentator.

Day 1 of the PokerStars WCOOP-39-H: $5,200 NLHE [Progressive KO, High Roller] attracted 124 unique players who needed to reenter 49 times to get to a total of 173 entries for the $1,000,000 guaranteed prize pool. Twenty players would get paid in this tournament and that is also the number of players who have made it through to Day 2 which will take place on Saturday, September 12 at 7:05 CEST.

Claiming the Day 1 chip lead is "wesoly78" with 5,036,933 after first doubling up through Ognyan "cocojamb0" Dimov in the latter stages of the tournament before taking out Andrey "Anjeyyy" Novak to get to the bubble. "wesoly78" is followed in the counts by "bayaraa1002" with 4,828,054 who had been near the top of the count throughout the second half of the day but took a chunk out of the stack of "girafganger7" to end up in second place.

Closing out the podium is Christian "WATnlos" Rudolph with 4,382,833 who was also responsible for bursting the bubble just before the end of the day when he took out Espen "Hymn2Ninkasi" Jorstad. Jorstad raised and then called the three-bet shove of Rudolph with jacks while the latter held ace-trey. Rudolph flopped two pair and then improved to a full house to burst the bubble.

In addition to Nemeth and Grafton, 13 more winners were crowned on Thursday. Read below who received the lion's share of each prize pool. Among them was Bruno "botteonpoker" Botteon, who won WCOOP-36-H: $2,100 NLHE [Midweek Freeze] for $80,642, defeating a final table that contained Mike "SirWatts" Watson and Ole "wizowizo" Schemion. PokerStars ambassador Fintan "easywithaces" Hand ended up as the final table bubble.

With Friday being an official rest day, just three events are still in play and the players in them take a day off to return on Saturday. The High edition is live covered by PokerNews as found above.

Friday is a day off for the players! All WCOOP action will return on Saturday. Follow along with the dedicated PokerNews WCOOP Hub to stay on top of all things WCOOP.