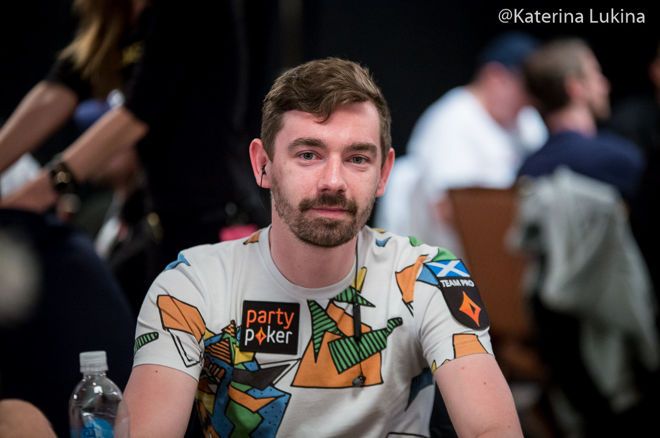 It was another super Sunday for online poker tournament players who call the United Kingdom and Ireland home. There were victories for the likes of Ludovic Geilich, Phil Mighall, and Conor Beresford, plus dozens of deep runs from our grinders.

Geilich’s victory came in the $2,100 WPT Mix-Max Turbo: $150K PKO event, a tournament that had a compact field of 69-entries. Geilich came out on top and secured a combined prize weighing in at $44,591 after defeating Daniel Rezaei heads-up, leaving the runner-up to collect $24,762.

An even larger prize went to Phil Mighall who triumphed in the $1,050 WPT 8-Max Weekender, a $500,000 guaranteed PKO. Victory in tournaments of this size doesn’t come easy, especially if the final table is stacked like this one was.

There was a British winner in the $215 WPT Mix-Max Turbo: $100K Gtd PKO. Alastair Smith topped a field of 462-entrants and turned his initial investment into a much more useful $18,419.

Conor “1_conor_b_1” Beresford’s victory came in the $1,050 Sunday Supersonic at PokerStars. This hyper-turbo tournament only took two-hours 19-minutes from start to finish, resulting in a ridiculous hourly rate for champion Beresford. The popular British star took home $21,386 for his lightning speed victory.

It was an otherwise relatively quiet Sunday at PokerStars for our players, although there were a handful of other impressive scores, including:

GGPoker proved, once again, to be a happy hunting ground for our players, especially in the High Roller MILLION$. Ireland’s Arthur “meiiYunqi” Conan navigated his way to fourth-place which was worth a cool $113,928. Going one place deeper was the UK’s “eldonko” who got their hands on a cool $166,271, the largest prize of any of our players this weekend.

There was an Irish champion in the Bounty Hunters Six Shooter $126. “LemonSqueezy” outlasted 906-opponents to secure a prize worth $17,119 with bounties included. Fellow Irish grinder “SetoKaiba” finished seventh for $2,307.

Check out the size of some of these scores at GGPoker on September 13: