The Muck: Kuraitis, Stones Lash Out After Twitter Silence 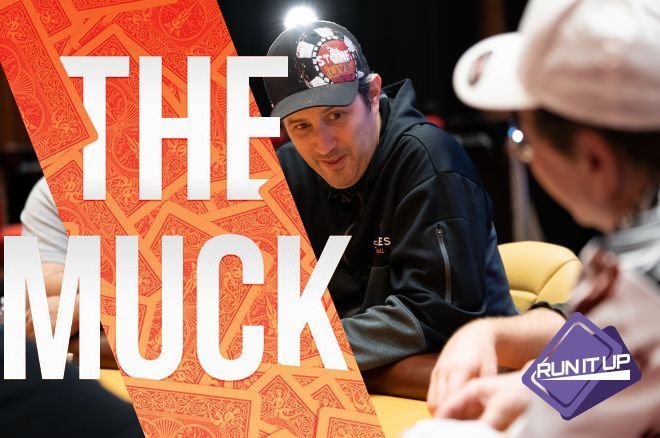 The court case may have wrapped up but the court of public opinion isn't done with the story of Mike Postle and his underhanded exploits at the poker tables of Stones Gambling Hall.

And at least one of the alleged antagonists is refusing to stay silent.

House tournament director Justin Kuraitis and the official Stones Twitter account have been on the warpath in the days following the settlement of the civil case by a majority of the plaintiffs. PokerNews was able to report today that $40,000 was paid out by the venue in that settlement.

Unsatisfied by the somewhat quiet ending with a nominal payment to the affected parties, the poker community has been voicing plenty of displeasure on Twitter. And both Stones and Kuraitis have been responding in kind.

A Year of Pent-Up Tweets

Following the initial breaking of the story, last October, Kuraitis tweeted that Stones would be suspending its live-streamed cash games on Oct. 2. After that, his account went silent until just days ago, when he retweeted the local newspaper's story about the settlement.

At first, he merely responded to tweets directed his way by reposting the story. He then proceeded to maintain Postle's innocence, and that all of the evidence against him was "cherry-picked."

Postle has some of his best sessions when I am out of the country and 2 of his 3 biggest losing sessions are when I… https://t.co/Li0e0OhJHR

After that, though, things began to get heated. Kuraitis wasn't shy about letting people know that he felt vindicated and he believed the statement from VerStandig removed all doubt about his innocence.

I want to be clear that my statements towards poker twitter ARE NOT intended as an apology.

The gloating wasn't limited to Kuraitis' account, either. The official Stones account has taken a very similar tack, with tweets that have mimicked Kuraitis' in both tone and content.

@GoogleNoAgenda @Shenron1987 We’d advise against testing that theory, but you do you. #

@TenEightSuited Simply an act of good faith. Plus, you are confusing settling with agreeing with the plaintiff, rat… https://t.co/OTQQPOK2WK

@JDpurdle @TenEightSuited As stated by Mac, the plaintiff’s counsel, no-one was on the take J.P... Facts matter. #

@pauls551 @123Matt @Joeingram1 We’re not bragging, merely restating the facts. We haven’t had the opportunity to re… https://t.co/rRIhpOIP1w

It seems if Kuraitis really is "guilty until proven innocent" as his Twitter bio proclaims, it's a role he's decided to embrace with his antagonistic Twitter attitude.