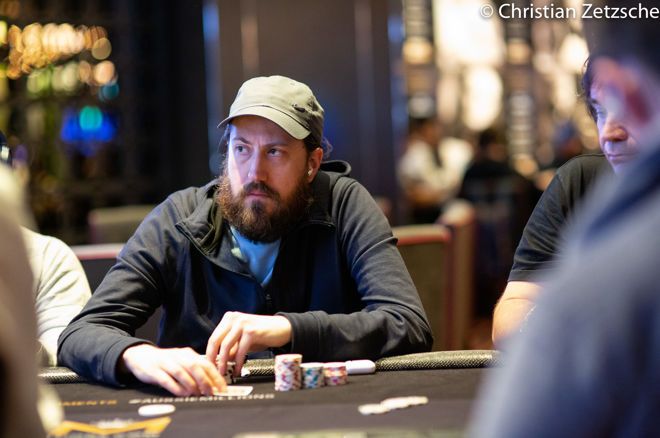 Steve O'Dwyer became a WPT World Online Championships winner on September 17 when he outlasted and out-foxed 165-opponents in the $3,200 buy-in Heads-Up Championship.

Heads-Up tournaments tend to attract some of the best poker players in the business and this $500,000 guaranteed affair was no different. The likes of Team partypoker's Roberto Romanello, Renato Nomura, and Patrick Leonard, recent WPTWOC champion Daniel Smyth, Gianluca Speranza, Adrian Mateos, and Thomas Muehloecker were just a handful of stellar names who failed in their quest to reach the top 32 places were the money was awarded.

More elite players saw a return on their $3,200 investment. Rok Gostisa, WPTWOC Mix-Max champion Andrey Kotelnikov, Sylvain Loosli, and Finland's Pauli Ayras were among those who cashed, the latter claiming $7,500 for his ninth-place exit.

All the eight finalists locked up at least $17,500 for their efforts. Eugenio Peralta, Arnaud Enselme and Joao Vieira were the quartet of stars who claimed this sum.

Allan Berger and Jorma Nuutinen busted in the semi-finals. Berger lost to O'Dwyer when all the chips went in on the river of an ace-high board. Berger held pocket eights that had turned a set. However, O'Dwyer's pocket queen caught a third queen on the river to send Berger to the showers.

Nuutinen's exit was one of tournament poker's many coinflips. His pocket threes couldn't hold against Artem Akhmetvaleyev's ace-queen.

O'Dwyer got his hands on the title and the $135,000 prize when he dispatched of Akhmetvaleyev. The final hand saw O'Dwyer overbet shove with ace-king on a king-high board and Akhmetvaleyev called with third pair, obviously not believing O'Dwyer's story.

Check out the latest WPTWOC Leaderboards

*Country as displayed in the partypoker tournament lobby

Next up on the WPTWOC is the massive $25,500 High Roller Championship. Day 1A kicks off at 8:05 p.m. CEST on September 19 with Day 1B starting at the same time on September 20. Day 2 takes place on September 21 and ends when only seven players remain. Those seven finalists return to the action on September 22.