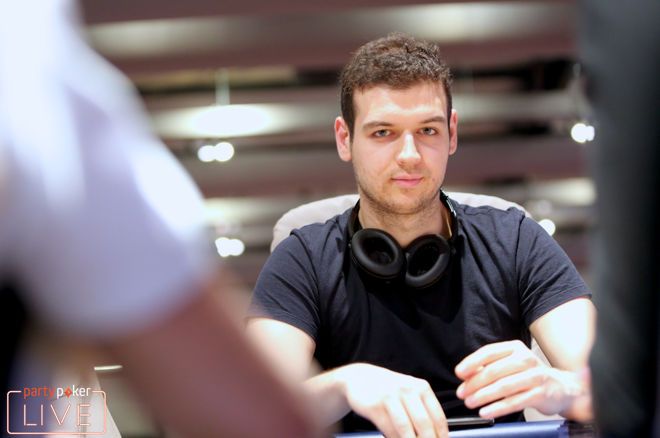 Less than four months has passed since Michael Addamo was beaten heads-up by Justin Bonomo in only the second online $100k Super High Roller in history, and now the Australian is looking to go one better in the third.

The World Poker Tour World Online Championships $102,000 Super High Roller attracted a total of 40 entries, beating its guarantee of $3m. Nine players made use of the single re-entry, with both Christoph Vogelsang and Daniel Dvoress among the seven who made it through to Day 2.

However, it is Addamo in the chip lead and sits with close to a million in chips, ahead of Sergi Reixach in second place. The other players through to Day 2 are partypoker Team Pro Isaac Haxton, Austria's Linus Loeliger - who also final-tabled June's $100k Super High Roller Bowl and relative unknown Charlie Godwin.

The tournament resumes on Thursday, 24th September at 19:05 (BST) with just six of the remaining seven players assured a min-cash of $229,600.

Another Major Final Table for Addamo

After narrowly missing out on a WSOP bracelet this summer, as well as his SHRB near-miss, Addamo will enter yet another final table with big money on the line. The money bubble is yet to burst, with $1.5m up for grabs for the eventual winner.

Addamo was praised for his "grit and guile" heads-up during his eventual loss to Justin Bonomo, and had to settle for the $1.2m second-place prize. Addamo entered that final table as one of the short stacks, so it will be interesting to see what style of play he brings to the final table.

Isaac Haxton enters the final day fifth in chips, and maintains a realist attitude towards the Super High Roller.

"Until it's over, it's just another tournament," Haxton told PokerNews. "If I win it, it will be more fun than average to look back on."

Haxton said he played in the last $100k on partypoker, but after being enthusiastic about the field he was subsequently out "very early."

The partypoker Team Pro says that players are enjoying the switch to real names at the partypoker felt, with payment processing also easy and convenient.

And how would it feel to win such a prestigious SHR?

"It always feels great to win a tournament, but even more so a prestigious branded one on my favourite site!"