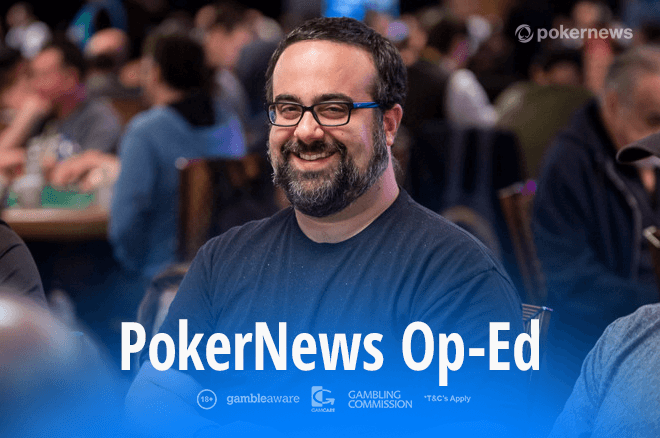 Maurice "Mac" VerStandig is the managing partner of the VerStandig Law Firm, LLC, and focuses his practice on representing poker players, advantage gamblers, and other industry professionals in all manner of legal situations. He can be reached at 301-444-4600 or [email protected]

Disclaimer: The viewpoints expressed by the author do not necessarily reflect the opinions, viewpoints, and official policies of PokerNews.com.

Commensurate with the resolution of a lawsuit against Stones Gambling Hall, a number of my clients and I recently signed public statements concerning the lack of evidence of Stones’ complicity in alleged cheating in various live streamed poker games. Although there are legal limitations on what I may publicly share about the Eastern District of California lawsuit, I would be remiss to not offer some insight into how my name appeared beneath those well-circulated words and what has played out since.

Let’s start with the case itself. California has had a doctrine prohibiting the use of courts to collect on gaming disputes, dating back to before the Civil War. There are extreme and horrifying examples of California card rooms supposedly not paying jackpots, allegedly knowing patrons are being cheated, and engaging in reckless behaviour; patrons often recovered nothing – nothing at all – in these cases because of that doctrine. These include very recent and very jarring cases, some of which involve casinos many of us frequent. I have never fully understood why these cases – especially the one where a casino allegedly refused to pay a jackpot – did not garner much publicity; California’s doctrine has had cruel consequences too many times.

We took a serious run at overturning this doctrine. We filed a lengthy brief making several arguments; for those who are curious, I hope you take the time to read it. And the court actually ruled in our favor – somewhat. For the first time in California history, we were allowed to proceed with a suit for gaming-centric losses; the one catch, though, is the recovery for most claims would be capped at the rake collected. And the rake, despite familiar player groans about it being too high, did not add up to a particularly noteworthy sum. In fact, it was, to borrow a frequently-used word of late, “nominal.”

"The statement is notably silent as to Mr. Postle. This is neither coincidence nor drafting error."

While this was all playing out in court, we were communicating with counsel for Stones and Justin Kuraitis behind the scenes (Mr. Postle was less cooperative). When appropriate, and subject to proper legal protections, substantive and material information was shared between and amongst us. That is not to say I have been vested with omniscience or any of Miss Cleo’s powers, but it is to safely posit my ultimate statement followed only access to materials outside the public sphere.

So, was the statement part of a settlement? Yes. Have I made statements pursuant to amicable resolutions before? Yes. Did I execute the statement because I knew it to be in the best interests of my clients agreeing to settle? Yes. Was the statement carefully worded to ensure I would not be signing my name to a falsity? Yes.

The statement is notably silent as to Mr. Postle. This is neither coincidence nor drafting error.

A final observation: poker is a game that tends to reveal much of one’s character with some modicum of precision. This affair has been a stark reaffirmation of that core truth. I admire greatly my clients who elected to resolve their claims after a court capped their potential recovery, and I admire equally my clients who did not for their own respective reasons.