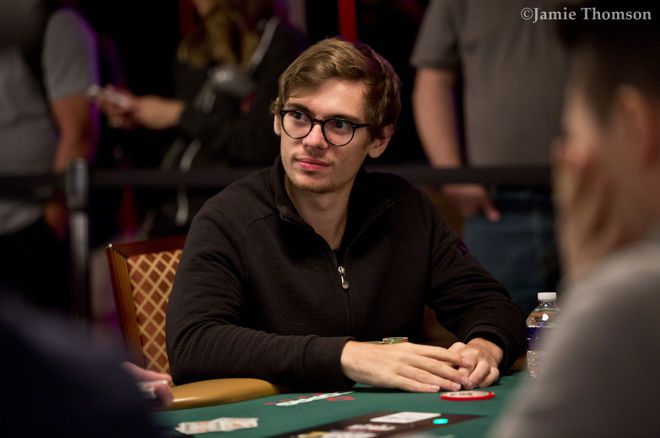 On the final Sunday night of the 2020 WSOP Online, Fedor Holz wrote another chapter in a career for the ages and extended his poker legacy further by capturing his second WSOP bracelet in Event #79: $25,000 Heads Up No Limit Hold'em [People's Choice Event, Most Popular].

The GGPoker ambassador defeated Brunno Botteon in the finals after dispatching Sergi Reixach a round earlier. Holz received $1,077,025 for his victory with some of that distributed right back into the community through GGPoker's staking feature. With the win, Holz closes in on the No. 7 spot on the Hendon Mob all-time money list currently held by David Peters, who won his second bracelet in the $10,000 edition of this event.

The PokerCode founder blazed through both of his matches, needing about 45 minutes to work himself past Reixach while taking only 15 to crush Botteon in a lopsided final. The German follows up on his 2016 win in the $111,111 NLHE High Roller for One Drop to another highlight to an endless list of accolades.

Botteon received $622,300 for finishing runner-up, while Reixach and Oktay Kahyaoglu scored $311,150 each for reaching the semifinals. Check out below how Holz celebrated his final hand (courtesy of PokerCode's Instagram).

After taking a five-day hiatus, four players returned from a field that originally sported 127 entries. Needing five wins to make it to the semis, Holz worked his way through a stacked line-up of Luc Greenwood, Anton Morgenstern, Robert Flink, George Wolff, and an epic quarterfinal showdown against Justin Bonomo who denied him a $1,000,000 Big One for One Drop victory back in 2018.

Taking on Reixach in the bottom part of the bracket, Holz quickly found himself trailing after losing some smaller pots to see Reixach close to getting a 2-to-1 lead. In the second level, Holz picked up a sizable pot after a river shove that wasn't called to match the stacks. He then flopped a set of fives against Reixach's aces, but a four-flush board shut down river action.

Still, Holz held the lead after that and never relinquished it. In the final hand between the two, Reixach held ace-jack and flopped an ace, but Holz turned a flush with his two clubs to gain a mortal lock on the hand. Holz shoved all in on the river and Reixach called it off to see his chances at a WSOP bracelet evaporate.

In the top half of the bracket, Botteon awaited after he eliminated Kahyaolgu in a grindy affair. While Holz could take his time to prepare, Botteon needed the better part of 90 minutes to advance past his Turkish adversary.

The final proved lopsided with Holz opening up a 3-to-1 lead right away in the first level. Botteon couldn't answer Holz's river check-raise all in and was left with half his stack.

Shortly after, those remaining chips flew in on an eight-five-four flop. Holding pocket tens, Botteon's overpair was crushed by Holz' fives, who had flopped another set with them. The nine on the turn and four on the river sealed the deal for Holz to add another highlight to a storied career.

While the $25K Heads-Up is over, there's plenty more action going on over at GGPoker during the WSOP's final Sunday! Check out the $10,000 WSOP Super MILLION$ with a $5M guarantee, the final day of the $100 WSOP MILLION$, or the $500 Closer, right here on PokerNews.