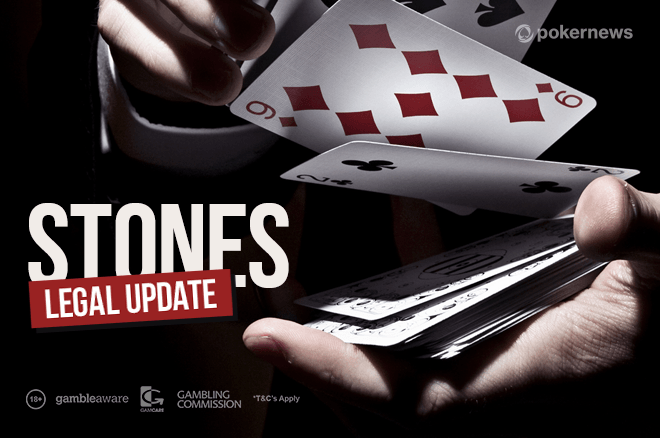 Last week, we reported on the lawsuit settlement between Stones Gambling Hall and 62 of 88 plaintiffs represented by Maurice “Mac” VerStandig. Those who settled were barred from discussing the settlement, so details were understandably scarce.

However, PokerNews has obtained a copy of the Settlement Term Sheet originally presented to the plaintiffs and ultimately signed off on by the majority of them as well as VerStandig, Mark C. Mao on behalf of Stones, and Richard Pachter on behalf of Justin Kuraitis.

According to the document, the plaintiffs received a settlement of $40,000, which worked out to $645.16 per player before attorney fees. Stone’s had previously stated that the settlement was for a “nominal” amount, and while that might be true when compared to the millions the original lawsuit sought, it’s actually close to, or even more, than the plaintiffs stood to win at trial.

As previously reported, the original case was largely dismissed with permission to amend in order to pursue damages in the form of rake. To put another way, the only monies the plaintiffs could hope to recoup were those taken by Stones from the game in the form of a standard rake.

Assuming the game was raked at $5 per hand, and the games averaged a standard 22 hands an hour during the 68 streams listed in the original complaint, each lasting four hours, as much as $29,920 in rake could have been collected.

As such, the settlement seemingly earned the plaintiffs more than they could’ve expected to win, all without having to actually go to trial. Of course, they had to make certain concessions.

Upon receipt of the Settlement Consideration, Settling Plaintiffs, individually and on behalf of their agents, successors, heirs, beneficiaries, trustees, spouses, executors, administrators, assigns, legatees, personal representatives other than their legal counsel, and any other person or entity who may claim through them (“Settling Plaintiffs’ Releasing Parties”), release and discharge Defendants and their current and former predecessors, successors, parents, affiliates, assignees, subsidiaries, insurers, trustees, agents, employees, officers, directors, and shareholders (“Defendants’ Released Parties”) from any and all liability, claims, counterclaims, demands, causes of action, lawsuits, obligations, attorney’s fees, damages, interest, and liabilities of any and every kind (including, but not limited to, those arising out of or related to the Action) based on any facts or circumstances existing up to the date the dismissal is filed, whether known or unknown, currently discovered or discovered in the future, asserted or unasserted. The foregoing notwithstanding, under no circumstances shall Michael Postle be deemed one of the Defendants’ Released Parties, and Settling Plaintiffs expressly will not release Michael Postle.

Contrarily, Kuraitis was specifically mentioned in Section 9: "Kuraitis is one of Defendants’ Releasing Parties, and shall be a signatory to any long-form more formal written agreement produced pursuant to this material terms sheet."

The settlement called for the Plaintiff’s counsel, Maurice “Mac” VerStandig, to release a public statement after the settlement became official. That statement, listed below, was agreed upon by the parties in the settlement.

After reviewing evidence with the cooperation of Stones, my co-counsel and I have found no evidence supporting the Plaintiffs’ claims against Stones, Stones Live Poker, or Justin Kuraitis. My co-counsel and I have found no forensic evidence that there was cheating at Stones or that Stones, Mr. Kuraitis, the Stones Live team, or any dealers were involved in any cheating scheme. Based on our investigation, we are satisfied that Stones and Mr. Kuraitis were not involved in any cheating that may have occurred.

While Stones has not spoken publicly regarding the details of their investigation during its pendency, its counsel and Mr. Kuraitis’ counsel have been immensely cooperative behind-the-scenes.

It has been an honor and a privilege to represent my clients in this matter.

In addition, each settling plaintiff was required to put their name to the following statement, which would be for public release:

Not surprisingly, the settling plaintiffs also have an NDA in place barring them from discussing the terms of the agreement. Both Stones and Kuraitis had more built-in leeway to discuss, the former having already done so by releasing a controversial statement days ago.

If asked about this lawsuit, Parties and/or their counsel may state the matter has been amicably resolved. Additionally, Stones may release a public statement or public statements stating, inter alia, that the matter has been resolved, that there is no forensic evidence of cheating or that Stones or Kuraitis were involved in any cheating, and that it denies liability. Kuraitis will be allowed to comment about the litigation and the underlying events, but may not otherwise disclose the terms of this agreement and the forthcoming settlement agreement other than to say that he did not pay any money in connection with the settlement.

It’s also worth noting that the agreement explicitly states that settling plaintiffs are not prohibited from visiting or playing at Stones.

Click here for more articles about the Stones legal saga.