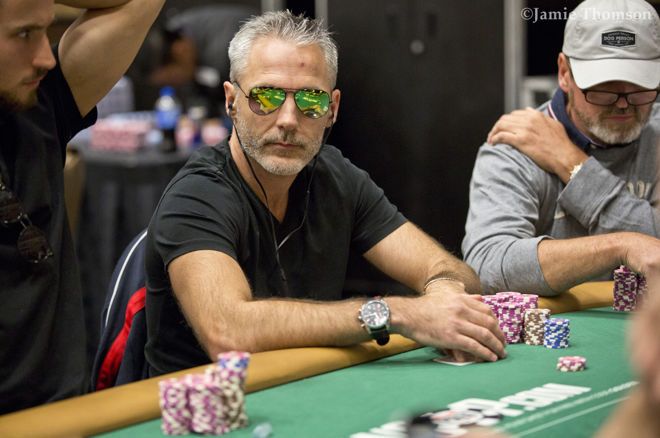 Argentina's Damian Salas will head to the final table of the WPT World Online Championships Main Event at partypoker with the chip lead after bagging the biggest chip stack on Day 2.

Salas has been playing poker for over a decade and became a household name in the poker community after he took seventh place in the 2017 WSOP Main Event for $1,475,000.

The Argentinian has impressively amassed nearly $2.7 million in live tournament earnings according to The Hendon Mob to go along with nearly $5.5 million in online tournament cashes as tracked by PocketFives. He is looking to add to this in a big way with all players at the final table guaranteed at least a $127,386 payout with $1,715,667 slated for the eventual winner.

Salas entered the penultimate day of the tournament near the bottom of the chip counts before catapulting into the chip lead.

Race for the WPT Leaderboard title heats up

Meanwhile, Artur Martirosian headed into the penultimate day with a big chip lead on the rest of the field. He made it to the end of the day before he bowed out on the final table bubble in 10th place for $103,122.

Salas' chip lead is anything but secure as he is just a handful of big blinds ahead of Phillip Mighall who enters the final table in second place. Others in the top five include Akseli Paalanen, Blaž Žerjav, and Victor Simionato.

partypoker Ambassador Dzmitry Urbanovich is also still well in the mix heading into the final table in seventh place. Rounding out the final table are Teun Mulder, László Molnár, and Bert Stevens.

All players at the final table are guaranteed at least a ninth-place payout of $127,386 with all players having their eyes on the huge $1,715,667 top prize.

The action will resume on Wednesday, Sept. 16 at 8 p.m. CET and will conclude after one player remains with all of the chips. Stay tuned at PokerNews to see who will win the WPT World Online Championships Main Event.