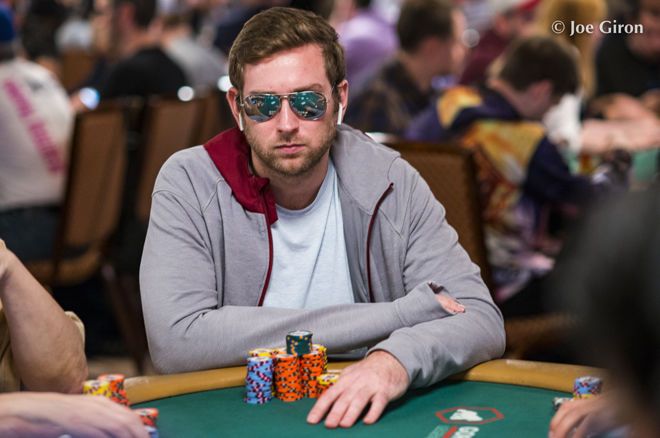 The final tournament of the 2020 GGPoker World Series of Poker Online Bracelet Events has determined a champion and it was all wrapped up in tidy two and a half hours. That's all it took for Connor Drinan to claim his maiden bracelet in Event #83: $10K WSOP Super MILLION$ after he defeated Daniyar Aubakirov in heads-up.

Thanks to 899 total entries, the tournament had easily surpassed the $5 million guarantee and two millionaires were crowned out of the prize pool of $8,720,300. Drinan's victory came with a big payday of $1,423,049 which in fact surpassed the total WSOP earnings he had to date. Aubakirov had to settle for just $1,041,414 and missed out on a maiden bracelet for his home country of Kazakhstan.

The nine-handed final table also featured High Roller regulars such as Viktor Ustimov, Chris Oliver, Sylvain Loosli, and Christopher Kruk who all sent their chips over to Drinan.

Every WSOP event covered by PokerNews

Want to relive the 2020 WSOP Online on GGPoker? Check PokerNews live reporting for extensive coverage of every bracelet event.

It was a rush to the finish line as Drinan dispatched the final six opponents and by doing so, he also collected an additional payday thanks to a bracelet bet with GGPoker ambassador Daniel Negreanu in the very last event of the festival.

Action on this bet has a $100k cap per individual player.

Action of the Final Day

The nine players returned to their seats after a break of one and a half days and it took all but one hand to send Kenneth Smaron to the rail. Smaron defended his big blind with queen-jack and flopped top pair but Kruk's straight and flush draw instantly hit on the turn.

Only a few hands later it was all over for Arsenii Malinov who called a shove by Loosli blind on blind with ace-queen and was well ahead of nine-seven suited. But both of those appeared on the flop and Malinov was drawing dead on the turn.

Kruk jumped into the lead with seven players left, yet it was him who departed next. He first lost jacks to the ace-ten suited of Aubakirov when the river completed a ten-high straight. And just one hand later, Kruk three-bet jammed ace-jack into the aces of Drinan to go from hero to zero.

The next pivotal hand for Drinan was the elimination of Suraj Mishra with nines versus tens when a nine appeared in the window. Loosli fell next when he jammed king-four in the small blind and Drinan held with ace-deuce in the big blind.

It was an overwhelming lead for Drinan with four players remaining and he then made quick work of Oliver and Ustimov to get the field down to the final two. Only Aubakirov was left and doubled the first time in remarkable fashion when he called a shove on the river with bottom pair.

The heads-up duel continued in the same manner as Aubakirov became short again, doubled twice, and was then shown a big bluff by Drinan. The Kazakh would not recover from that blow and then lost ace-jack to ace-nine as the river delivered a nine-ball in the corner pocket.

If you want to play on GGPoker, you'll need to sign up for an account in order to jump into the action. By downloading GGPoker via PokerNews entitles you to a welcome bonus worth up to $600. Your first deposit is matched 200% up to a maximum of $600.

That wraps up seven weeks of WSOP Online Bracelet Events on the GGNetwork as all 54 bracelets have now been awarded.. The PokerNews live reporting team has provided updates for the entire festival and you can check out all the event summaries here!