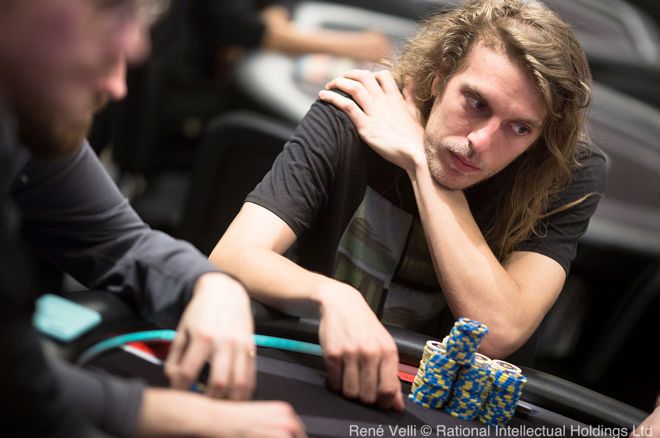 Bert Stevens ensured he enjoyed an extremely profitable September by taking down the latest edition of the Super MILLION$ High Rollers event online at GGPoker. Stevens came out on top of a 196-strong field in the $10,000 buy-in Super High Roller and padded his bankroll with a most impressive $393,362.

After winning his seat in a $1,000 satellite and coming into the final day second in chips, Stevens battled the aggressive style of Brazil's "Beanboozled" to emerge victorious.

The Super MILLION$ runs every week at GGPoker. It costs an eye-watering $10,000 to enter, but there isa $2 million guarantee on the prize pool. Day 1 shuffles up and deals on Sunday at 7:00 p.m. CEST and continued until the nine-handed final table is set. That final table commences at the same time of 7:00 p.m. CEST the following Tuesday.The final table is streamed with special guests on the GGPoker Twitch channel.

Who are the biggest Super MILLION$ winners so far?

The field, as you would expect, was stacked with talent beyond belief. Such luminaries as Matthias Eibinger, Andras Nemeth, Jon Van Fleet, Dominik Nitsche, Daniel Dvoress, Steve O’Dwyer, and Ali Imsirovic were just a handful of superstars who failed to make their bullets count.

At least they didn’t fall in 28th place like “blackjak19” did. What was so bad about 28th place? It was the bubble. Their exit left the 27 surviving players in the money.

British star Stephen Chidwick was the first player to cash, his 27th place finish resulting in a $22,798 prize.

Find out more about the GGPoker MILLION$ tournaments

First Casualty of the Final Table

“CharlieD23”, crashed out in eighth for $59,179 before Slovenia’s finest, Gostisa ran out of steam in seventh-place for a $77,565 addition to his bankroll. They were short-stacked and lost a coinflip with jack-nine against the pocket sixes of “Beanboozled”. Gostisa saw his stack dwindle before committing the last of his chips with ace-four and losing to the dominating ace-king.

Everyone with chips in front of them after Gostista elimination was now guaranteed a six-figure prize for their efforts and matters suddenly became very serious.

“McDavid23” was the player who banked the first six-figure prize. They open-shoved for 6.5 big blinds from the cutoff with queen-ten suited and found a caller in the shape of Sean Winter in the big blind who woke up with ace-jack. Neither player improved with the board in view and they headed for the exits with $101,665 to show for his efforts.

The final five because four when Jake Schindler fell by the wayside. Winter min-raised to 160,000 with ace-four of clubs and Schindler called in the big blind with queen-jack. Schindler then jammed 147,476 chips into the 410,000 pot with his open-ended straight draw and Winter called. The turn and river were safe for Winter and Schindler’s tournament ended.

Those kings were up against ace-queen. Stevens flopped a set but an ace on the turn gave Winter a gutshot straight draw. The river bricked and Winter busted.

Three-handed play lasted less than 10 minutes; it ended with Nator busting in third. Stevens found kings again, this time on the button, and he raised slightly more than twice the big blind to 210,000. Nator was in the small blind and he put in a raise of his own to 1,250,000 with pocket nines. Stevens pushed all-in and Nator called off his remaining 4,593,118 chips. The flop came down all hearts, leaving Nator drawing to a single out. It didn’t appear and heads-up was set.

Stevens started the heads-up battle against "Beanboozled" holding a substantial 15,832,500 to 3,767,500 chips advantage and he made it count.

Even in a $10,000 tournament, several players have been using the innovative GGPoker Staking functionality that allows players to sell action in their online tournaments. Using Staking you are able to buy as little as 0.1% of a player direct from the GGPoker client.

The biggest winner of those who sold action was "matrixjj" from China, who finished 13th for $35,954, giving a return to the 16 individuals who bought their action.

Join GGPoker and Choose One of Two Awesome Bonuses

Download GGPoker via PokerNews, deposit $20 and get $100 in rewards!

With a matched bonus, GGPoker matches the amount of your eligible deposit dollar-for-dollar, up to a maximum of $600. This matched amount is credited to your bonus balance, which unlocks into cash as you play. $5 will be unlocked for every $20 paid in net rake/tournament fees. You’ll have 90 days to unlock your bonus balance into cash.