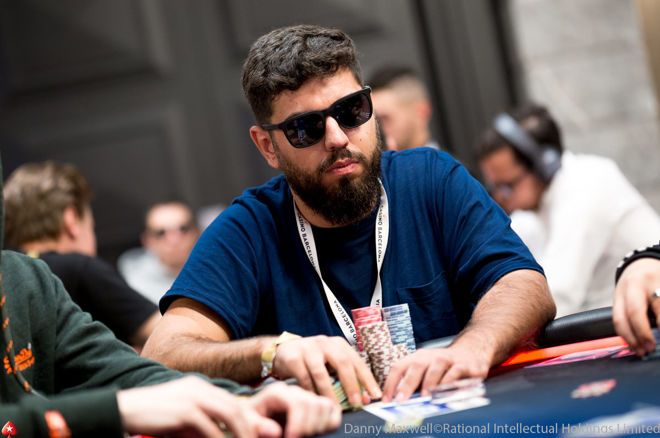 A new champion has been crowned in the flagship tournament of the PokerStars World Championship of Online Poker (WCOOP) 2020 as Andre "PTFisherman23" Marques topped a field of 1,977 entries in the WCOOP-72-H: $5,200 NLHE [8-Max, Main Event] to claim the biggest share of the $10,000,000 guaranteed prize pool.

The winner cut a deal with Teun "tinnoemulder" Mulder and Tonio "prrrak4783" Röder when they were fairly even three-handed, and they continued to battle for the title and $100,000 to the eventual champion.

Check out full live reporting of the WCOOP Main Event

Mulder started the day as the chip leader with both Marques and Robin "robinho" Ylitalo not far behind as the two other big stacks. ICM considerations were prevalent with two short stacks and they would be the first to bow out as Cecilia "princes chu" Cafaro finished in 9th place and "77atlant77" was eliminated in the very next hand. Marques was responsible for both eliminations, setting the stage for his eventual victory.

Accomplished American poker pro Michael "munchenHB" Telker had to settle for 7th place when he ran a suited ace into the pocket tens of Andriy "Andre_Hansen" Lyubovetskiy, and Denys "SantaZzz" Chufarin succumbed next about half an hour later losing a flip to Ylitalo. In a battle of the two shortest stacks, Lyubovetskiy came up short with king-jack against the ace-jack of Röder and that reduced the field to the final four.

What followed was a test of patience throughout the next two and a half hours. Röder doubled through Marques and all four players held the lead at some point. Mulder and Marques were left short but managed to get right back into it. Once Ylitalo was left short and the trio atop had very similar stacks, the first deal discussions broke out and failed to bring any conclusion.

Ylitalo fell right after the next break when Mulder flopped a set of nines against his ace-king and deal discussions were resumed, this time successfully. It didn't take long for chips to start flying and Marques flopped top two pair to lock up a double against Mulder, who lost his final crumbs shortly after.

The Portuguese entered heads-up with a solid lead and even a major setback with kings versus ten-six suited was just a temporary annoyance as Marques steamrolled to victory after.

In the final hand, Marques flopped a straight draw and completed it on the river. His all-in shove was called off by Röder to bring an end to the tournament and turn the Portuguese into poker's latest online world champion.

The final table was broadcasted on the PokerStars Twitch channel with cards-up coverage and commentary on a delay of at least 20 minutes. That wraps up the 2020 WCOOP and you can check out all the exclusive PokerNews news and live updates of all featured tournaments by clicking right here.

Scheinberg Gets Minimal Sentence for PokerStars' Illegal US Operations