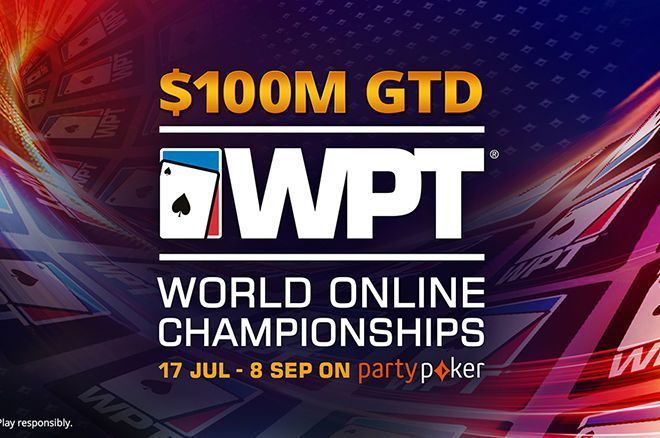 The World Poker Tour World Online Championships are continuing all this month (and into September!) with many tens of millions of dollars still up for grabs. There is also an additional $100,000 in prize money set to be awarded to the best players at the end of the festival, across two WPT WOC Leaderboards.

So with just under a month ago, let's take a look at who is leading the WPT Player of the Championship and WPT Rising Star leaderboards!

WPT Player of the Championship

With $50,000 up for grabs to the winner of the WPT Player of the Championship leaderboard, the competition is fierce among some of the best poker players in the world. Players may only earn points in events with a buy-in of $300 or more.

Champions from the 2020 WPT WOC such as Nick Petrangelo and Gavin Cochrane both feature in the Top 10, as well as former WPT Champion Roberto Romanello

However, there can only be one person atop the leaderboard, and it's Kristen Bicknell who holds a commanding chip lead ahead of Scott Margereson in second place. Bicknell took down the WPT 7-Max High Roller for $29,275 and also the WPT Knockout Turbo, while Margereson has two runner-up spots to ensure he sits in second place.

"I've had a lot of fun playing in all the WPT WOC events so far," said Bicknell. "When the series first started, I had my eyes on this, so it feels really good that I've been able to get some great runs. I'm excited at the opportunity to potentially win first prize in the leaderboard, as I have some exciting plans for what I will be doing with any of my winnings.

“Anything that I do win from the leaderboard promotion will be awarded back to poker players on partypoker. Fingers crossed I do end up taking it down and there will be something exciting for you all to take part in!”

The WPT Rising Star leaderboard will award $25,000 across ten places, with the winner taking home $10,000. This leaderboard works slightly differently, in that players can only earn points in events with buy-ins of less than $300. It's also important to note that only a player's best 10 scores will count!

The current leader is Boris Angelov who says he's been really enjoying the series, and that he plans to play as many events as possible.

"The leaderboards make it even more exciting," said Angelov. "I hope to keep the first position in the Rising Star leaderboard, although I know it will be difficult.”

The next Championship event on the WPT World Online Championships schedule is Event #6: $3,200 Mix-Max Championship which starts this weekend. This event comes with a $3,000,000 guarantee. Day 1 ends at the end of Level 18, with levels 20 minutes in length.