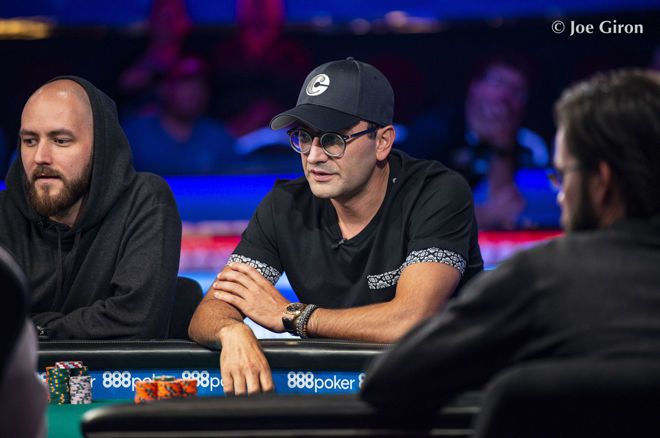 Popular poker pro Antonio Esfandiari was burglarized of about $1 million in valuables and the likely perpetrator was apprehended on Sunday, according to a report in the Las Vegas Review-Journal.

Svitlana Silva, 46, was booked on suspicion of the burglary, which took place July 14 at Esfandiari's condo in Panorama Towers, once a popular residence for poker players. A LinkedIn profile matching Silva's name says she's a poker dealer at an Arizona casino.

She's charged with burglary and possession of stolen property value $100,000 or more.

She allegedly used the stolen money to participate in some high-stakes poker games.

Making Off With Hundreds of Thousands

According to the LVRJ's reports, Silva had access to the condo because of a prior relationship with Esfandiari's father. She apparently had some knowledge of their key codes, which she may have used to enter the safe.

On July 14, the Esfandiari's reported to police that someone had made off with about $1 million in valuables: $50,000 in cash, between $300,000 and $500,000 in casino chips, and various pieces of jewelry and watches including his One Drop bracelet. Some belonged to the long-time poker pro and some belonged to his father, according to Antonio.

"The universe has a funny way with karma and what goes around always finds a way to come around."

As mentioned, the thief took Esfandiari's WSOP bracelet from the $1,000,000 Big One for One Drop, the most famous victory of his career.

"The string of emotions that jolted through my veins were filled with anger and pain," he told PokerNews in a statement. "Realizing that my One Drop WSOP bracelet was no longer mine, a dagger to my heart."

He continued: "But worse than all that was knowing that somebody stole from my dad. He's the most special human on Earth and it killed me that someone would do something so selfish to him. That was the real pain. The universe has a funny way with karma and what goes around always finds a way to come around."

According to Bellagio reps, she was putting "big amounts of cash" in play in the casino's poker games on or about Aug. 11.

When she was arrested, Silva had large amounts cash and several ARIA and Bellagio $25K chips on her person and in her vehicle.

When questioned, Silva claimed to have seen someone else at the condo taking the valuables.

It's not the first time a perpetrator has stolen hundreds of thousands of dollars worth of Las Vegas casino chips and tried to put them back in play.

A somewhat similar situation unfolded back in 2010-11, when Tony Carleo robbed about $1.5 million worth of chips from the Bellagio. He then went right back to the casino and gambled like a king, putting tens of thousands of dollars in play.

However, he had a problem when it came to the "cranberry" $25K chips, a problem Silva seemed to be aware of when she lost them in a Las Vegas game: casinos track the high-dollar chips, making them tough to liquidate.

“Hey forgot to tell you my chips has special mark on computer so if its [sic] stolen they can’t cash out,” she was reported to have texted the person who won the chips.

Carleo tried to get creative and sell the chips on TwoPlusTwo, which led to his apprehension.