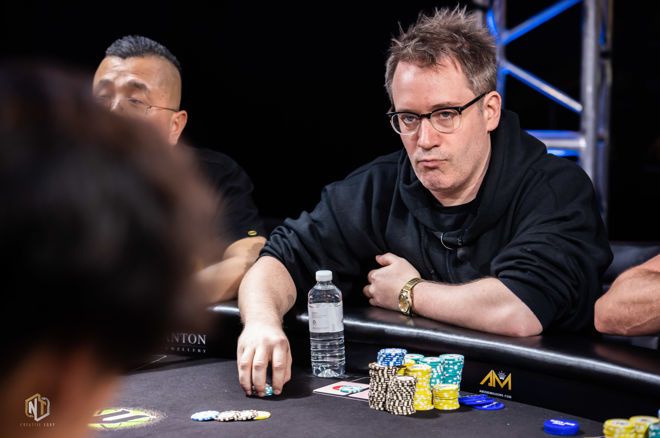 Sam Grafton helped himself to more than $99,000 at partypoker on August 2 following an impressive victory in a WPT World Online Championships side event.

All but one of the finalists walked away with a five-figure prize, but it was Grafton who got his hands on the lion’s share of the prize pool, a cool $99,180, after defeating Canadian superstar Mike Watson heads-up.

Two of our players reached the final table of the $109 WPT 8-Max Mini Warm-Up. Brooks, who earlier finished 10th in the $1,050 edition, busted in third for an additional $14,799. The only Brit who outlasted him was Dean Gilbert who crashed out one place later, in second place, for a $22,988 addition to his bankroll.

A handful of our players managed to secure a $10,000 PP LIVE Passport, which they can use for the upcoming $10 million guaranteed WPT World Online Championships Main Event. Christopher Brice, Simon Higgins, Jason Brown, Ben Farrell, and Michael Kane all bagged themselves a prize in the latest weekly final.

Romanello says WPTWOC is a touch of class

Pot-Limit Omaha specialist Gavin Cochrane narrowly missed out on glory at GGPoker when he finished second in the $5,000 buy-in High Rollers PLO tournament. Cochrane navigated his way through the majority of the 53-strong field to find himself heads-up against Andras Nemeth. He couldn’t quite get the job done and had to settle for the $53,301 consolation prize.

Andrew “ruffler” Wool is another of our players who put in an exceptional performance but fell at the death. Wool was the United Kingdom’s sole representative in the $150 buy-in GGMasters top 25. This week’s freezeout drew in 4,425 entries which meant a $610,650 prize pool.

Wool banked $29,465 of this when he eventually busted in fourth-place.

Some of the other GGPoker results of note included:

Have you ever seen a hand as crazy as this?

Tyler “wonderboy222” Goatcher added to his already glowing reputation by winning the PokerStars $1,050 Sunday Cooldown 8-Max. Goatcher scooped $23,387 with bounties included. His victory was far from assured when he reached the final table. That’s because he had to lock horns with the likes of Parker “tonkaaaa” Talbot, Ole “wizowizo” Schemion, “hello_totti” and eventual runner-up, three-times Sunday Million champion Artem “veeea” Vezhenkov.

Some other PokerStars results of note include:

Follow the action from the Stadium Series Grand Final

888poker proved to be a happy hunting ground for some of our player, especially Charlie “chazcombes” Combes who triumphed in the $100,000 Sunday Sale Mega Deep to turn $55 into $17,000.

Two British players were present and correct at the final table of the $25,000 Sunday Challenge. Christopher “MAKKAPAKKK” Johnson finished in fifth for $1,500 while “darren277” fell in fourth for $2,187.