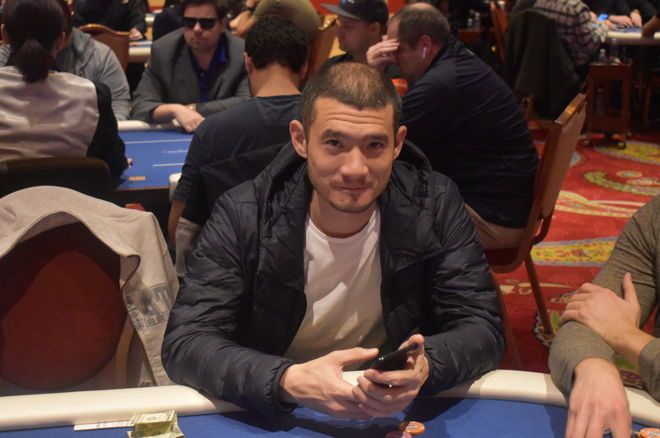 Jack Salter saw his bankroll swell by more than $20,000 after he won the High Rollers Supersonic $525 at GGPoker.

Gavin Cochrane reached a brace of GGPoker final tables. The first came in the High Rollers Blade PLO $5K where the recent WPT World Online Championship event winner finished in sixth for $11,131. Cochrane managed a third-place finish in the High Rollers PLO Main Event $1K and walked away with $15,543.

Some of the other GGPoker results included:

Across to PokerStars now where Tom “Jabracada” Hall helped himself to the $4,753 fourth-place prize of the $109 Sunday Kickoff. Hall is something of a satellite specialist but he’s also a dab hand ad the tournaments he wins his way into!

Rick “ThEcLaiMEer” Trigg won this weekend’s Hotter $162, which was a PKO event this week. Trigg outlasted 217-opponents on his way to victory, a victory worth $6,043.

Greece’s Kyriakos “9cream4” Papadopoulos was flying the Union Jack at his table as he finished second in the $215 Sunday Warm-Up. This banked him $16,469. Papadopoulos, you may recall, won the 2018 WPT500 in Las Vegas.

Some of the other notable results from PokerStars included:

Over at partypoker, Alex Whitenstall finished eighth in the $109 WPT Mini Knockout Warm Up. Whitenstall banked $1,335 from the main prize pool and $710 worth of bounties. That tournament was won by three-time PokerStars Sunday Million champion Artem Vezhenkov who won a combined $26,482.

Gareth Smith enjoyed a similar result to Whitensall in the $215 WPT Mini Knockout Turbo. He finished eighth and won a combined prize worth $2,102.

Two British stars went deep in the $1,050 WPT Knockout Turbo: $150K Gtd. Phil Mighall saw his tournament end abruptly in ninth-place for a total prize of $4,398. Patrick Leonard was the tournament’s runner-up, a finish worth an impressive $22,163.

Lastly, we had three player at the final table of two of 888poker’s biggest Sunday tournaments.

Win up to €1K Every Day in the Betsafe Summer Showdown