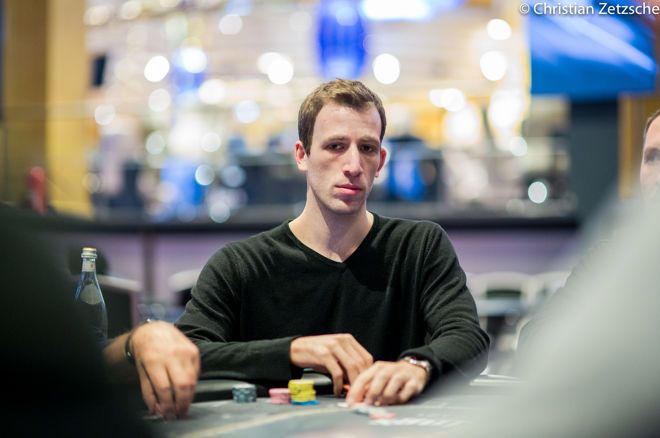 Benny Glaser is a three-time World Series of Poker (WSOP) bracelet winner. All three of the mixed game specialist’s bracelets stem from non-Hold’em events. Glaser showed the world he knows his way around a No-Limit Hold’em tournament by taking down GGPoker’s Sunday Main Event on August 23.

A bumper crowd of 1,583-players paid the $200 entry fee for the tournament and created a $291,272 prize pool. A handful of players sporting the Union Jack against their name reached the money places, but the night belonged to Glaser.

He came out on top and saw his $200 investment swell to $44,260. Perhaps we’ll see more NLHE action from Glaser in the future?

Chris Moorman hit a rich vein of form on August 23 and managed to cash in several events. His biggest prize came courtesy of his third-place finish in the High Rollers Main Event $1K, which saw 384-players buy-in. Moorman just ran out of steam and had to make do with the $35,718 consolation prize.

Check out the list below to discover what else Moorman and his fellow Brits, and Irish grinders, won at GGPoker.

Should we say goodbye to nine-handed tournaments?

Chidwick’s impressive results continued over at partypoker where he won the $5,200 WPT High Roller. The popular Brit only had to outlast 12 opponents but those 12 were some of the best players in the world. Chidwick got his hands on the top prize after defeating Russia's Sergei Vasilev heads-up for the title.

The other Chidwick cash came in the $10,300 WPT High Roller. He finished third for $34,000 with only Rok Gostisa and champion Kahle Burns outlasting him.

Ireland’s Marc Macdonnell walked away with the lion’s share of the $100,000 prize pool in the $215 WPT Mini Knockout Turbo. Macdonnell won the $7,218 top prize plus an additional $7,039 from the bounty prize pool.

The UK’s Max Waterhouse finished fifth in the same tournament and banked a combined prize worth $4,415.

Can anyone catch Dvoress in the POY race?

There was plenty to shout about over at PokerStars too where Stuart “guitey” Guite finished third in the $215 Sunday Warm-Up for an $11,083 score.

Three of our players navigated their way to the nine-handed final table of the Hotter $109. “Dan3534" finished ninth for $938 with “galfano79” of Ireland banking $4,662 for their fourth-place exit. “turnmea4h” emerged victoriously as the tournament’s champion and turned their $109 into a much more substantial $12,199.

Benny “RunGodlike” Glaser reached a 'Stars final table, namely the $215 NLO8 Sunday Supersonic. Glaser fell in second and had to make do with the $3,554 second-place prize. Rob “robc1978” Cowen fell shy of the final table, finishing in eighth for $675.

Some of the other PokerStars results included:

“cooper789” was the fifth-place finisher in the $20,000 Sunday Challenge PKO. This weighed in at $684 from the main prize pool plus an additional $137 worth of bounties.