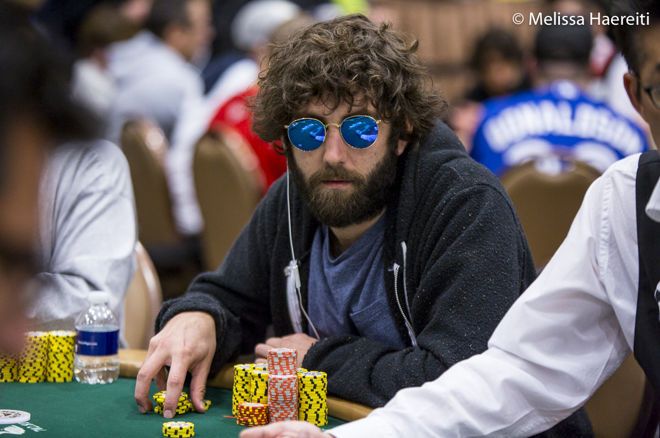 The latest mixed game of the 2020 GGPoker World Series of Poker Online Bracelet Events has determined a champion and it took more than 12 and a half hours to whittle down a field of 1,281 entries to a winner in Event #66: $800 Pot Limit Omaha. When all was done and dusted, it was Toby "shinerrr" Joyce that claimed the lion's share of the $973,560 prize pool after defeating Mark "Beanboozled" Herm in heads-up.

Joyce had racked up 24 WSOP cashes in Las Vegas, in Europe and on the Circuit. The Irishman from Galway then cashed in ten tournaments during the current festival on the GGNetwork thus far including four PLO events, and the deepest run was a 13th place in Event #35: $5,000 Pot Limit Omaha Championship.

However, after a short-lived heads-up with Herm, Joyce has followed into the footsteps of fellow countryman Eoghan O'Dea who won his maiden bracelet in Event #51: $400 Pot Limit Omaha.

No Cash for Negreanu

A six-handed PLO format with two reentries allowed promised action and delivered on that promise. Once late registration had closed, a 1,281-player field had gathered for a prize pool just shy of $1M. GGPoker ambassador Daniel Negreanu, who's been a cashing machine this series, failed to reach the money stages this time and dropped three bullets along the way.

Negreanu found himself in good companionship as Ali Imsirovic and Chris Brewer would join him on the rail. Next to the event, Imsirovic and Brewer also dabbled in the monster $500/$1,000 cash game that's been running, with more on that later today on PokerNews. Felipe Ramos, Andrew Neeme, and Juha Helppi also ended up empty-handed.

Once the bubble had burst, eliminations started flying in at a rapid pace with the likes of Chris Moorman, Ryan Riess, Pete Chen, Aaron Van Blarcum, Brian Rast, Mark Radoja, Yuri Dzivielevski, and Alyssa "xAlyssaTTV" MacDonald all adding another WSOP cash to their resumé.

At the final table, it was Herm kicking it off with a sizable chip lead, ahead of Maksim "MAX FOMIN" Fomin and Jonas "deucesup" Kronwitter. After the eliminations of Wilder "wilder brito" Brito and Rahul "sabertooth35" Gupta, the seven remaining players played a full hour without any eliminations before Grzegorz "CUatRhinosLV" Derkowski headed to the rail next.

While favored preflop with

, Derkowski found a deuce on the flop to leave the field with six. Fomin also eliminated Giorgiy "NINASKH" Skhulukhiya as an underdog next, hitting two pair against aces, then eliminated Ruslan "zverrmvp" Nazarenko to make it three scalps in a row.

Herm then took out Kronwitter with aces against kings before Fomin's run halted against Joyce. It was a traditional PLO action pot, with Fomin getting

board. Fomin's lead wasn't challenged after the

river got Joyce there with trips to set up the showdown against Herm.

. Joyce was a small favorite preflop and flopped two pair on

to take a bigger lead. The

on the turn filled him up, making the

merely one for the statistics. The well-known American grinder will have to wait longer for his first taste of WSOP gold, while Joyce captured Ireland's second bracelet of the series.