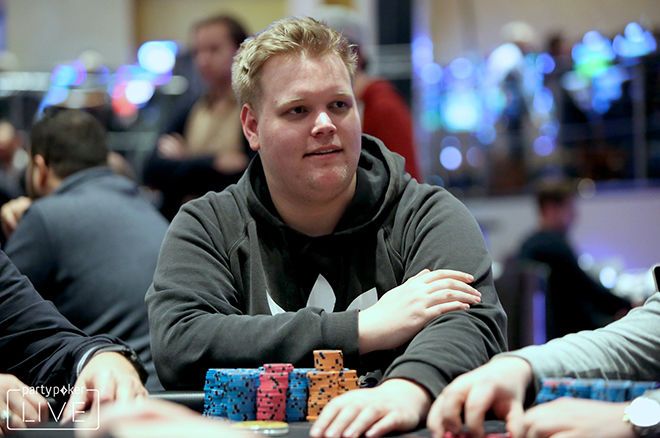 Timo Kamphues may not be a poker player you’re familiar with but those who came up against him in the recent WPT Shooting Stars for Charity event will remember him for a long time.

The German youngster, who is based in Austria, was one of 483-entrants in the $1,100 buy-in tournament that saw all the tournament fees donated to 1 Day Sooner, a charity focussing on speeding up the development of a COVID-19 vaccine.

Forty-eight of the players in the field were classified as Shooting Stars and had a $500 bounty on their heads. Only six of them were among the 45 players who navigated their way to Day 2. They included Manig Loeser who returned in second place, Team partypoker’s Sam Trickett in third, Liv Boeree in 18th, three-time world snooker champion Mark Williams and former Manchester United and England defender Wes Brown.

Finland’s Tomi Brouk finished Day 1 as the chip leader, but couldn’t quite keep that momentum up and eventually bust in ninth-place for $6,577. An honourable mention has to go to the aforementioned Boeree who pledged 20% of her $4,368 22nd place prize to the 1 Day Sooner charity. The charity received $51,200 in total.

It’s fair to say Kamphues ran hotter than the sun at the final table. He took a while to get going but there was no stopping him when he did.

First, he doubled up through Trickett with ace-king versus Trickett’s ace-king of diamonds courtesy of a board showing four spades. He then won a massive coinflip with pocket queens against Sergey Konovalov’s ace-king to claim the chip lead and all but bust his Russian opponent.

Kamphues put his big stack to good use, wielding it like a battleaxe, cutting down anyone who dare call him. Trickett was one of the German’s victims. Kampheus open-shoved for 71 big blinds, approximately 20 big blinds effective, with king-four offsuit. Trickett eventually called in the big blind with ace-ten only to watch in horror as Kamphues flopped two pair. Trickett busted in sixth and collected $15,843.

WPTWOC are a touch of class says Roberto Romanello

The German than cracked the pocket aces of Klas Lofberg with jack-ten thanks to a ten on the flop and a jack on the river. That hand left Kamphues with a huge chip lead and he held 82% of the chip in play!

Unsurprisingly, Kamphues got his hands on each of his remaining opponents’ chips.

Eugenio Peralta was his next victim, Peralta’s jack-ten proving no match for Kamphues’ ace-king. Matas Cimbolas got the last of his stack in with pocket fours only for Kamphues to wake up with pocket fives!