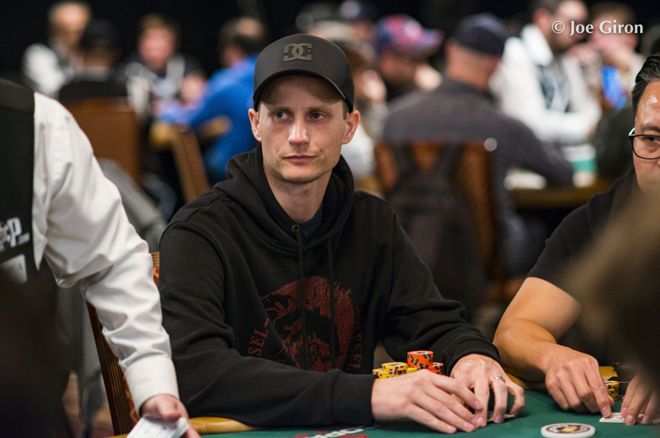 Simon Deadman and James Rann took down a s side event last week as the series prepared to switch to six-max events.

Deadman’s victory came in the $530 WPT Knockout, a tournament that attracted 271-entries who created a $135,500 prize pool. Deadman secured the largest slice of this ample pie, namely $25,382 when bounties were included.

With bounties added to the prizes, everyone at the final table was guaranteed almost $2,500.

Viktor Zsemlye busted first and was joined on the rail first by Guntis Aleskins then by Brazil’s Victor Bergara.

Fifth-place went to Gytis Lazaununkas of Lithuania before UK-based Romanian Alexandru Papazian fell in fourth place to leave the waters slightly less shark-infested. Josh McCully of New Zealand was the penultimate elimination, his exit left Deadman to lock horns with Santtu Ojala of Finland. The British star got the job done and banked $25,382, leaving the Finn to walk away with $17,364 in total.

James Rann joined Deadman in the winner’s circle after triumphing in the $55 buy-in edition of the WPT Knockout. Ran defeated a Lithuanian going by the name of “TB” to secure a combined prize weighing in at $9,121. The runner-up banked $6,194.

Rann has been a force to be reckoned with for the past decade and has more than two dozen cashes adorning his Hendon Mob page. His largest live score weighs in at A$430,000 ($339,759), his reward for a fourth-place finish in the 2015 Aussie Millions Main Event.

More recently, in October 2019, Rann finished third in the $3,300 WPT UK Main Event at Dusk Till Dawn for $168,500, narrowly missing out on a World Poker Tour title. He’s now in the hunt for one of the WPTWOC titles on offer at partypoker.