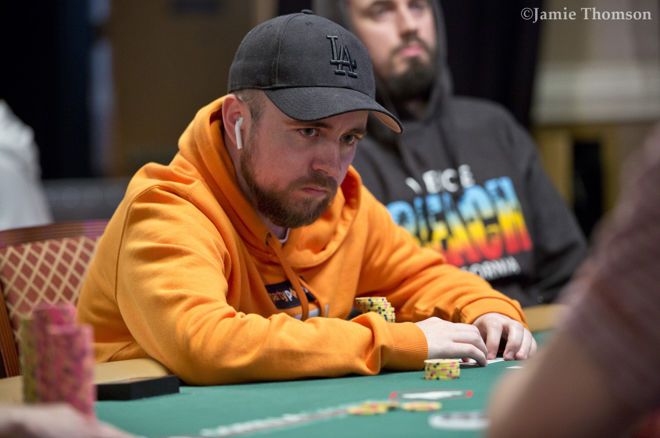 partypoker Ambassador Patrick Leonard is not just one of the most talented online poker players in the world, he is also one of the most respected. He regularly posts on Twitter illuminating threads about the state of the online poker industry, and the poker industry in general, whilst also maintaining several high profile results including a $1.61 million score earlier this year.

PokerNews sat down with Leonard to discuss the World Poker Tour World Online Championships that are currently taking place on partypoker, with Leonard sharing his thoughts on the various changes that have been made to the festival ready for the online felt.

Leonard says that the production and content around the World Poker Tour always drew him in as a spectator, but admits that he has never really played much of the WPT circuit. However, when he discovered that the World Online Championships were coming, he says he was excited.

"It's all about replicating that quality experience but on my favourite site," said Leonard, who says that lots of effort has gone into the structure of every events in order to maintain the prestige associated with the WPT.

"You really get a lot of play for your money in these Championships events; we wanted them to feel really special and unique. They're very prestigious events that everyone wants to win.

"We've been qualifying larger numbers of players than I've seen any site do for this kind of buy in, so the games have been really good. Obviously the real names make it feel more like a live tournament too."

partypoker have also reduced the number of re-entries allowed, with single re-entries meaning that pros are not firing too many bullets in events.

Leonard is also a huge proponent of the cards-up coverage available on the partypoker Twitch channel.

"It means you can follow the action from an interactive point of view and the pros that have been and will be commentating the final tables such as Kristen Bicknell and Jamie Kerstetter are really great to listen to."

partypoker have seen some well-known players flock to the site in recent months for tournaments like the Poker Masters Online and the Super High Roller Bowl Online, so what does Leonard think the site does to set themselves apart and be able to attract these big names?

"partypoker set the standard for all sites in terms of bringing the live arena to the online felt with the Irish Open. It was a really quality festival and people realised from there they could get a similar feeling to their favourite live tournaments."

Looking Ahead to the Mix-Max Tournaments

Leonard says his favourite tournament of the festival so far was the 6-Max Championship. He cashed, but says he didn't go "super deep."

"I prefer playing shorter handed so Mix Max, 7-max, 6-max are always more appealing to me than 8-max. So I’ll be looking forward to playing the mix max tournaments coming up next week too. I'm very happy that partypoker basically never does nine-handed tournaments as I believe they should be retired!"

The prestige is not lost on Leonard in his pursuit of even more poker accolades.

"Winning a Championship Event would definitely feel prestigious," he said. "It's a field full of players from $1 satellite qualifiers to the best players in the world, so to win you have to adapt and adjust vs all different player types. You have to be able to play against fields like that, not just being able to play against top pros. To me, that's what makes a great poker player."