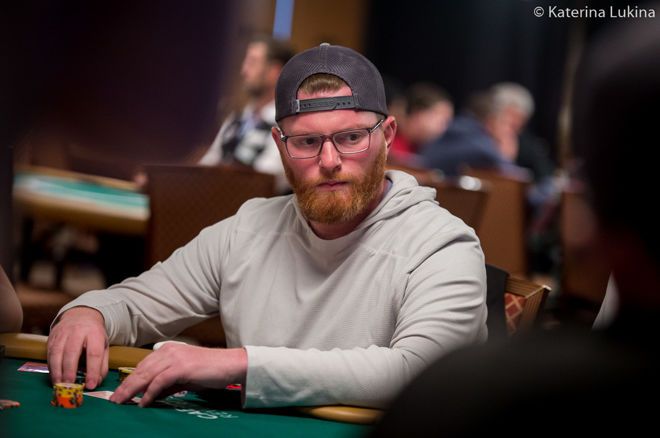 After two runner-up finishes on the World Poker Tour, Nick Petrangelo has finally added his name to the Mike Sexton Champions Cup with victory in the $3,200 6-Max Championship on partypoker.

He defeated start-of-day chip leader Artsiom Prostak to win $494,550, after a stunning come-from-behind victory, having started heads-up play at a 3:1 disadvantage against his Belarusian opponent.

Petrangelo also wins a seat to the World Poker Tour Tournament of Champions, a Hublot watch and Everyday Baccarat Tumblers.

PokerNews has all the information you need about the WPT World Online Championships on partypoker including news, recaps, interviews and more!

Petrangelo finished as runner-up to Fedor Holz in the 2015 WPT Alpha8 Las Vegas and followed that up just over two years later with another second place, this time to Alex Foxen in the L.A. Poker CLassic Rockstar Energy High Roller. He now has a title of his own, bringing his total WPT cashes to over $1.3m.

READ MORE: Everything you need to know about the WPT World Online Championships

The final table resumed with Artsiom Prostak with a clear chip lead, holding almost double his nearest competitor. Petrangelo sat in the middle of the pack, with 8-Max Championship final tablist Jiachen Gong bringing up the rear.

Gong secured an early doubles through Elior Sion and then picked up aces against Jake Schindler's sevens to double again. That left Schindler short, and he would bust with kings to Prostak to finish in seventh place.

There were doubles galore during the early stages, with Petrangelo staying alive with aces against the Jacks of Sion, who would then bust to Gong when all in for just five big blinds.

Petrangelo then picked up his second elimination of the day, getting all-in with jack-ten against the pocket aces of Gong, only to flop trip jacks before turning quads and send Gong to the rail.

Four-handed play continued for around 40 minutes before Patrice Brandt shoved the turn with top pair, only to be drawing dead with Prostak having turned a set.

Prostak still sat atop the chip counts, ahead of Petrangelo and Arsenii Karmatckii who had bided his time so far at the final table. However, when he picked up ace-king with 19 big blinds, he went to war and called off his chips against Prostak whose jacks held to bring the tournament to heads-up.

Heads-up play lasted almost three hours as Petrangelo seemed content to remain as the short-stack. He looked to outplay his opponent, and did so in stunning fashion, shoving with just ten-high to get Prostak to fold a flush.

and Prostak check-called one million. Prostak bet 1.8 million on the

turn having made a flush and Petrangelo raised to 5.5 million.

Prostak called and the river was the

. It checked to Petrangelo who shoved for 17.7 million and Prostak tank-folded

A short while later, Petrangelo moved into the lead heads-up for the first time. The two remained level for a while shortly thereafter, before Petrangelo moved decisively ahead. The final hand saw Prostak call off his lats 15 big blinds having rivered top two pair, but Petrangelo had flopped trips and secured victory.

The next Championship event on the WPT World Online Championships schedule is Event #5: $3,200 Knockout Championship. This event comes with a $3,000,000 guarantee. Day 1 ends at the end of Level 18, with levels 25 minutes in length.

You can get your hands £40 worth of WPT tickets when you make your first deposit at partypoker. Download partypoker, make a deposit of £10 or more and receive two $10 WPT SPINS tickets and one $33 WPT tournament ticket. It's as simple as that.