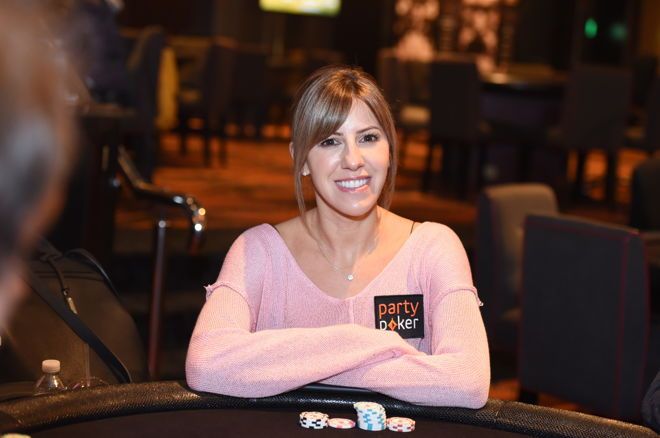 There was already a ton of value waiting for the players competing in the WPT World Online Championships (WPTWOC) with $100 million worth of guarantees, some incredible satellites and the WPTWOC SPINS. Then partypoker and the WPT decided to put up $100,000 in cash for the top performing players of the series.

Team partypoker’s Kristen Bicknell is the woman to catch in the Player of the Championship race and is on course for a $50,000 cash bonus. Bicknell has accumulated 212.35 points so far, a shade under 10 more points than British star Scott Margereson.

Should Bicknell, and any other member of team partypoker for that matter, walk away with a leaderboard prize, their prize is given back to the players in the shape of a WPT After Party Freeroll bearing their name. If the leaderboards ended today, partypoker players will be competing in a $50,000 freeroll thanks to Bicknell and a $1,000 freeroll thanks to Roberto Romanello who currently occupies sixth place.

Less than 60 points separate Bicknell at the top from Shyngis Satubayev in 10th place. With some massive events on the horizon, including this weekend’s Mini and Micro Main Events, there’s still plenty of time to catch the Canadian leader.

Should Full Ring MTTs be Retired?

Andres Ojeda has leapfrogged Boris Angelov at the top of the Rising Star leaderboard and is now on course for a $10,000 addition to his bankroll. Angelov has been playing his heart out and entering dozens of evens so far so the race is far from over.

Less than 70 points separate the current top 10 so everything is still to play for. Points galore will be awarded in the upcoming Micro Main Event that costs $109 to enter yet has a $1 million guaranteed prize pool