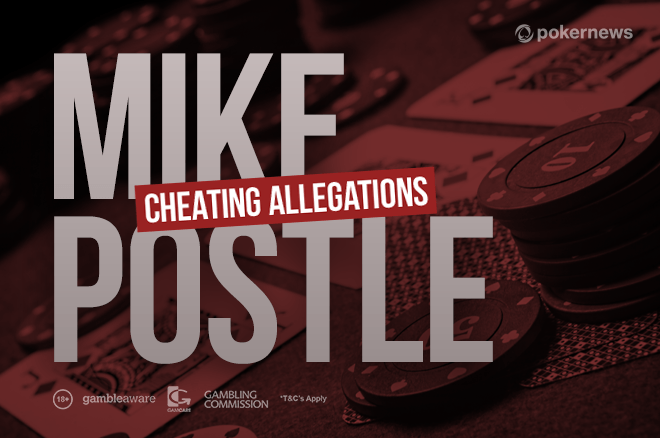 If you recall back in April, TMZ first reported that Cordeiro had filed suit against Postle seeking $250,000 in punitive damages as well as a trial by jury. The allegations echoed those laid out in a class-action lawsuit against Postle in California – which was also recently dismissed – claiming Cordeiro was a victim of an alleged cheating scheme.

In documents obtained by PokerNews via PACER, U.S. District Judge James C. Mahan dismissed the case solely for lack of personal jurisdiction according to Federal Rule of Civil Procedure 12(b)(2). To put more simply, the case was dismissed due to the fact it was filed in Nevada while the poker games in question took place in California.

"The case was dismissed due to the fact it was filed in Nevada while the poker games in question took place in California."

Counsel for Cordeiro, Maurice “Mac” VerStandig, originally argued that because the games were broadcast online, it had an effect on Cordeiro, who lives in Nevada, and “lured [her] into participating, causing her to be ultimately swindled and defrauded by the defendant.”

The court saw it differently writing: “This argument fails to consider that the defendant was a participant of the broadcast games—not the broadcaster—thus, the defendant did not ‘expressly aim’ his alleged poker misconduct at the state of Nevada.”

The plaintiffs also sought jurisdictional discovery given Postle’s ties to Nevada, which primarily revolved around meeting the mother of his young daughter in Reno to exchange custody. According to the court ruling, Postle travels to Nevada once or twice a month, but the court ruled it was not sufficient to establish general personal jurisdiction.

“Therefore, this court finds that the plaintiff’s allegations are insufficient to plausibly give rise to jurisdiction, given the total absence of evidence to support these allegations and the defendant’s denial. Accordingly, jurisdictional discovery is not appropriate.”

When reached by PokerNews, VerStandig issued the following statement in regards to the ruling:

The US District Court for the District of Nevada found Mr. Postle lacks sufficient contacts with the State of Nevada to be sued there, and accordingly dismissed the case. I have immense respect for the court as well as the judge who issued the ruling; it is well-written and well-reasoned. Importantly, however, the order does not speak to the merits of the case. Mr. Postle has now amassed a laudable track record of avoiding substantive legal inquiries into the sum and substance of his actions; it seems supremely unfortunate he has taken this path and not, instead, seized on one of these opportunities to clear his good name. Ms. Cordeiro and I are still reviewing the order and assessing various options.

Postle did not respond to PokerNews’ request for comment by the time of publication.