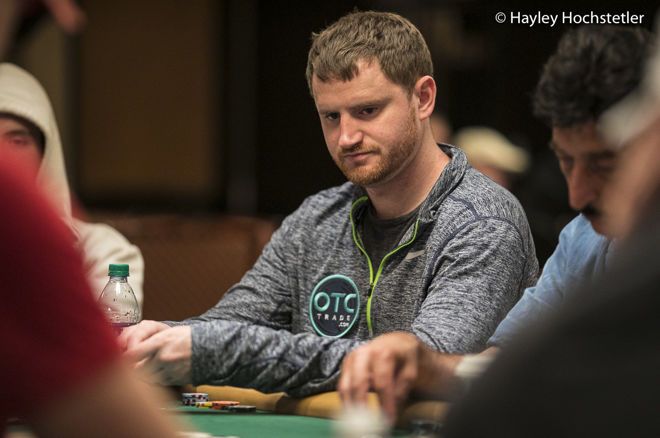 One of the most anticipated tournaments of the GGPoker portion of the online 2020 World Series of Poker kicked off on Saturday as the $10,000 Heads-Up Championship got underway.

True to form in the skill-centric format, several high roller regs still remain alive as 128 evenly bracketed players got whittled down to a final four.

First to book a seat was Michael Addamo. The two-time bracelet winner has been on an absolute tear of late in high roller events, and he seemed to have the easiest time rolling through the bracket. Several times, he was among the first to advance through his matches, affording him some long stretches to relax or watch scout future opponents.

Opposite Addamo will be Chi Zhang, also known as Michael Zhang. Another regular in the highest buy-in tournaments around the world, Zhang may have had the most impressive run of anyone en route to the semifinals. He dispatched the likes of Erik Seidel, GGPoker's Daniel Negreanu and Sean Winter.

On the other side of the bracket, another top player, David Peters (lead photo) emerged. It wasn't easy though, particularly his final match. That turned into a four-hour marathon against Stefan Burakov, who at one point had Peters down to two blinds. However, Peters executed a memorable comeback to book what was for a time an unlikely berth.

The lone wild card remaining fills out the fourth seat: Canadian streamer Alyssa MacDonald. An online player with only $6K of live cashes to her name, MacDonald managed to get through Mark Radoja and Ajay Chabra as well as the red-hot Belarmino De Souza in the round of eight.

Routes to the Final Four

Players eliminated in the round of 16 and the round of eight did make the money. In addition to those listed above, Samuel Vousden, Aaron Van Blarcum, and Mike Leah were among those cashing.

The remaining players are on ice for a week until the final four plays out next Saturday. They'll battle for the bracelet and $360,480 at that point, along with a WSOPE package. Come back to PokerNews to find out who emerges as heads-up champion.

The fifth tournament of the Asia Time Zone during the 2020 World Series of Poker on GGPoker has a champion and it was Frank "Sbma2016" Crivello that came out top in Event #53: $800 Double Stack Pot Limit Omaha. The event attracted a total of 831 entries and generated a prize pool of $631,560, which was split among the top 116 finishers.

Crivello defeated the UK's Craig Timmis and claimed his first WSOP gold bracelet along with the top prize of $94,253, and he also receives a package for the WSOP Europe. The American had six WSOP and WSOP Circuit cashes to his name with a 40th place in the 2017 WSOP Main Event for $176,399 as the best result.

*the winner also receives a package for the WSOP Europe

Timmis recorded his second top-three result in a PLO event during the festival so far and walked away $77,883 richer. The third time proved to be the charm, as both the winner and runner-up fired the maximum allowed total of three bullets.

It was a final table filled with more turns and twists than the world's most legendary serpentine roads in the mountains which culminated in the duel between the arguably most-aggressive players in the late stages. Among those to reach the final and come up short of victory were Ajay "Ross_Geller" Chabra, Markus "Phil Kessel" Cara, Yonathan "ninoboys80" Journo and Julijan "Grgur" Rados.

Check out the full PLO recap in the live reporting section

Get to Know the WSOP Bracelet Winners on GGPoker (Part 1)