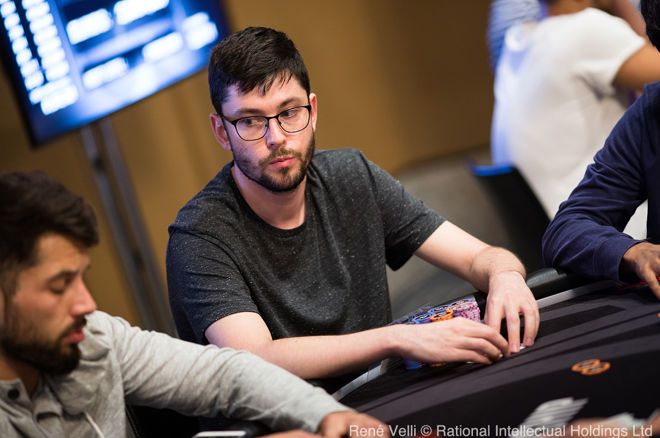 The United Kingdom has a WPT World Online Championship champion after Gavin Cochrane triumphed in the $3 million guaranteed WPT 8-Max Championship at partypoker.

Cochrane came out on top of a star-studded final table to pad his bankroll with a huge $540,664 score, the largest of his career to date.

It may have been a night to remember for Cochrane but it was one to forget for his fellow Brit, Sam Grafton. Grafton began the nine-handed final table in the middle of the pack but nothing went right for him.

He committed his last 12 big blinds with pocket kings and lost to the ace-queen of Shyngis Satubayev. That hand left him with only 0.9 big blinds and they went into the middle on the very next, again, with pocket kings. These cowboys were shot down by the ace-ten of Dmitry Yurasov.

Dimov Misses Out on the Triple Crown

Bulgaria’s Ognyan Dimov could have become only the 10th player in history to win poker’s Triple Crown. Dimov won EPT Deauville in 2015 and a $1,500 No-Limit Hold’em 6-Handed event at the 2018 World Series of Poker. He needed to win this WPT 8-Max Championship to complete the Triple Crown but his 10 big blind shove with suited queen-jack lost to Thomas Boivin’s dominating ace-queen.

Another 10 big blind shove resulted in an empty seat. Canada’s Jiachen Gong jammed with ace-nine of spades from under the gun and ultimately lost to the pair of black tens in the hand of Daniel Colpoys in the big blind.

Colpoys was the next player to bust. He lost a coinflip with ace-king against Cochrane’s tens.

The final five became four when Satubayev’s amazing laddering abilities ended. The Kazakhstan national started the day as the shortest stack yet managed to navigate his way to fifth-place. His ace-ten lost to Cochrane’s king-seven. Satubayev banked $123,298 when he seemed destined, at one point, to collect the $40,143 ninth-place prize.

10 reasons you need to play the WPTWOC at partypoker

From Hero To Zero

Yurasov was the man to catch when play was four-handed until a series of defeats left him hanging onto his tournament life. It was Cochrane who ended Yurasov’s event. The British Pot-Limit Omaha specialist raised all-in from the small blind and Yurasov called off his last 10 big blinds. Yurasov flipped over ace-eight only to see Cochrane reveal a pair of kings. An eight on the flop only served to give Yurasov false hope.

Then came the elimination of Lars Kamphues whose brother, Timo, won the WPT Shooting Stars for Charity event last week. Kamphues looked down at king-eight and open-shoved from the small blind for 7,400,000 with blinds at 400,000/800,000/100,000a. Boivin called with a pair of black fives and they remained the best hand as the board ra out void of kings or eights.

This left Boivin with a substantial chips lead of almost 2-to-1. Cochrane never gave up and was rewarded in one hand where he flopped an eight-high straight when Boivin held top pair and a gutshot straight draw. All the chips went into the middle and Cochrane scored a timely double.

Cochrane never looked back from that point onwards and eventually got his hands on Boivin’s chips.

The final hand saw Boivin initially limp on the button for 1,000,000 with ace-four and Cochrane raise to 4,000,000 with the dominating ace-jack. Boivin responded with a 22,600,000 shove and Cochrane called. The board paired on the turn meaning Boivin had plenty of outs to a chop plus he could have paired his four. The river was, however, a jack, which busted Boivin in second-place and left Cochrane to become the lates member of the WPT Champions Club.

In addition to his $540,664 prize, Cochrane also received a $15,000 entry to the next available Tournament of Champions, including flights and accommodation.

Check out the value in the WPTWOC Mega Sats

There are still plenty more WPTWOC Championship Events on the bustling schedule, the next of which is a 6-Max Championship that starts on August 8 at 7:00 p.m. BST. This $3,200 buy-in tournament features only two starting flights, an incredible blind structure, and a $3 million guaranteed prize pool.

Tons of satellites and Mega Sats are available for this next Championship Event, plus there are $320 buy-in and $33 buy-in versions that have $1 million and $300,000 guaranteed respectively.

Download partypoker via PokerNews if you want to try win your way into these massive events. Partypoker will give you £40 worth of SPINS tickets over the course of seven days when you make your first deposit of at least £10.