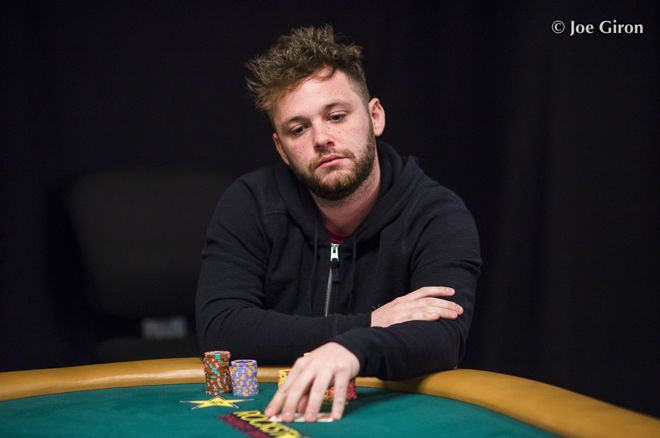 Two more British players were on their way to banking six-figure prizes while Gavin Cochrane was busy helping himself to the $540,664 top prize in the WPT #03 8-Max Championship at partypoker.

Daniel McAulay and recent Triple Crown winner Roberto Romanello reached the third and final day of the 8-Max Mini Championship event, a tournament that saw 3,309-players buy in for $320. Only the top 472 finishers got their hands on a slice of the $1 million prize pool.

Each of the eight players at the official final table locked up at least $11,275 but six-figure prizes awaited up top.

Belgium’s Karim Maekelberg busted in eighth and Hlib Kovtunov of Ukraine crashed out in seventh for a $14,950 prize.

Sixth-place and $21,500 went to Finnish pro Jarkko Nystromy before Alexandre Kindermann secured the $31,500 fifth-place prize from their home in Brazil. Hungary’s Jozsef Liszkovics saw his tournament end abruptly in fourth place, a result that saw him walk away with $45,600.

Liszkovic’s exit left McAulay, Romanello, and Argentinian Ivan Vilchez as the only players in the hunt for the title. The trio decided to strike a deal for the remaining prize pool with partypoker and the WPT stipulating any deal must leave $10,000 for the eventual champion.

McAulay became that champion and he saw his bankroll swell by $118,432. McAulay defeated Romanello heads-up after Vilchez hit the showers in third. Vilchez won $105,525 with Romanello cashing in for $105,117.

McAulay is one of the best heads-up poker pros and has been for several years. His one-on-one prowess is such that he was one of the four pros who took on the poker bot Libratus in its 2017 heads-up challenge.

Romanello says the WPTWOC are a touch of class

The Scotsman switched to six-max cash games and tournaments, the latter seeing him win the 2019 MicroMillions Main Event for a then career-best $100,061. McAulay now has an even larger score to brag about and has gained even more respect from his peers.

No doubt McAulay and Romanello will be back in high stakes action at partypoker this weekend for the 6-Max Championship. The $3,200 buy-in event has a $3 million guarantee, while the $320 and $33 buy-in editions feature $1 million and $300,000 guaranteed prize pools respectively.

Qualify for any of these three WPTWOC events online at partypoker where there are dozens of satellites and Mega Sats running around the clock.