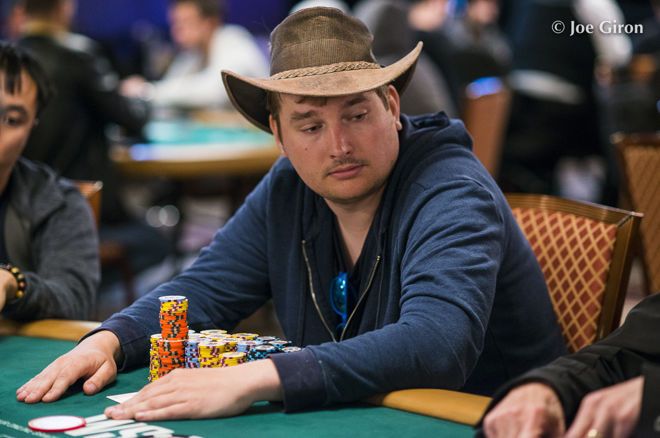 At his fourth WSOP final table, Christian Rudolph has finally claimed his first bracelet, in Event #70: $25,000 NLH POKER PLAYERS CHAMPIONSHIP for $1,800,290. The biggest event of the summer attracted 407 entries to create the second-biggest prize pool of the summer with $10,000,000 total.

Two years ago, Rudolph finished second behind Michael Addamo — who actually bubbled this event — in a 25K at the WSOPE. Back then, the heads-up match was a rollercoaster with players exchanging blows for hours. This time, Rudolph succeeded and closed it out within 20 minutes. This win will take the German up to almost $3,000,000 in WSOP cashes alone and eclipse his previous live scores almost threefold.

The final table started off in shallow water with a 23 big blind average stack. Within twenty minutes, EPT winner Aliaksei "BladeRunner1" Boika would bust first when he ran his ace-five into the ace-jack of Pillai. Hunichen then scored a huge double-up through Koon with queens against ace-jack to take the chip lead away from the latter. Paulius "ChickenBBQ" Plausinaitis busted soon after before Koon lost the remainder of his stack to Rudolph.

Brunno Botteon, who almost won his first bracelet in Event #67: $500 Limit NLH earlier, was next to go when Rudolph turned a straight with ace-eight against his queens. The German continued his dominance by eliminating Zobian in fifth and Aleksejs Ponakovs in fourth. The latter had lost the majority of his chips beforehand to Hunichen when his aces got cracked by Hunichen. "Big Huni" then took care of Pillai with ace-king versus ace-nine to get the action heads-up.

Rudolph started off with a slight chip lead but quickly extended it to drop Hunichen down to five bigs. Hunichen's final chips went in with king-queen against Rudolph's queen-ten, but the German spiked a ten on the flop to deny Hunichen and capture his first WSOP gold.

While the second-biggest prize pool may have been awarded, don't miss the biggest one this Sunday! The $25,000,000 Main Event will enter Day 2 and the money stages, so make sure to check back regularly for all the latest of the WSOP Online on GGPoker!