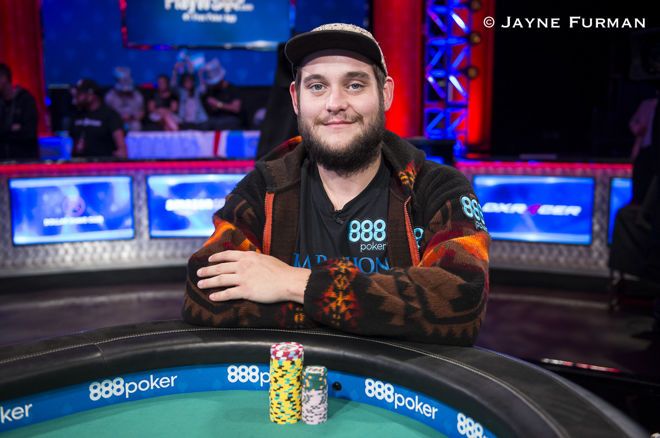 It promised to become a new milestone for online poker and it absolutely delivered on its promise. Event #77: $5,000 No Limit Hold'em Main Event drew a total of 5,082 players to smash the $25M guarantee and create a total prize pool of $27,559,500 — the biggest-ever in online poker history.

At the start of Day 2, 1,171 players were still in contention, vying for one of the 728 money spots first before focusing their sights on the jaw-dropping $3,904,686 first-place prize for the champion, to be awarded on Saturday, September 5. Over the course of 12 hours, the group of 1,171 got whittled down all the way to a mere 38 who each have $39,214 already guaranteed to show for their respective deep runs.

Leading the way after the long day is Bryan "smbdySUCKme" Piccioli originally from Allegany, NY but residing in Las Vegas, NV, who amassed 18,417,494 to bag the biggest stack of the night. Piccioli is no stranger to running deep in WSOP Main Events; in 2017, he finished sixth for a career-best score of $1,675,000. He'll eclipse that figure by finishing third or better in this event.

The American, who wreaked havoc as "theczar19" back in the days, has been fully invested in the online summer WSOP series and has been playing on both WSOP sites, first racking up 14 cashes on WSOP.com in Nevada before relocating to play on GGPoker where this will be his sixth — and biggest — cash for a total of 20 overall.

While Piccioli may have claimed pole position going into the final day, there's plenty of poker talent waiting in the wings to take a shot at the $3.9 million on top. The American's nearest challenger is Michael "All Love" Kane (15,907,969), a Scotsman playing from Cyprus with nearly $700K in lifetime results. The top 3 is rounded out by Bulgaria's Stoyan "Nirvana76" Madanzhiev, who will return with 15,299,783.

No Money for Hellmuth & Holz

Natural8's Pete Chen finished 596th for $13,160, while GGPoker Ambassadors Fedor Holz and Felipe Ramos made Day 2 but finished outside of the money. Phil Hellmuth was looking for a third WSOP Main Event cash in a row, but came up inches short by busting just 20 spots before the money.

The remaining 38 will take a six-day hiatus to prepare themselves for the massive final day, which will start on Saturday, September 5 at 6:30 p.m. UTC. Cards will be back in the air presumably at the start of Level 18 with blinds at 125,000/250,000 and an ante of 30,000. Levels will be 40 minutes until the final table, where they'll switch to play a yet to be announced # of hands instead.

If you want to play in the WSOP 2020 Online on GGPoker, you'll need to sign up for an account. By downloading GGPoker via PokerNews entitles you to a welcome bonus worth up to $600. Your first deposit is matched 200% up to a maximum of $600.

Make sure to stay glued to PokerNews as we bring you blow-by-blow coverage of all the action until the WSOP Online Main Event champion has been crowned!