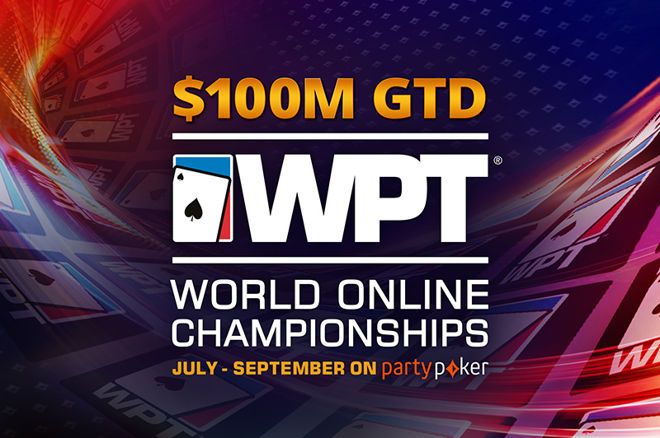 A handful of players calling the United Kingdom and Ireland home excelled in the latest round of the WPT World Online Championships events at partypoker.

Last week saw the WPTWOC schedule swap to Mix-Max, a relatively new yet exciting tournament format that sees the table sizes change as the tournament progresses. These Mix-Max events started on eight-handed tables before switching to six-handed later on.

Our players love having to adapt on the fly, as is evident by some of their superb performances.

Stuart Guite came agonisingly close to becoming a WPT Champions Club member in the $3,200 buy-in Mix-Max Championship event. Guite sat down at the final table with the shortest stack but played superbly and eventually found himself heads-up against Russian pro Andrey Kotelnikov.

Kotelnikov ran a fantastic bluff against Guite to soar into the lead and Guite can consider himself unlucky not to win the $488,508 top prize. The final hand saw Guite flop two pair and Kotelnikov turn a straight with his lowly six-three. Guite scooped a career-best $366,604 for his runner-up finish.

Ireland’s Conor O’Driscoll smashed his previous career-best score out of the ballpark by taking down the $320 buy-in Mix-Max Mini Championship event.

O’Driscoll’s previous largest online tournament prize weighed in at a shade of $17,000 but he now has a $121,980 score to brag about. The Irishman outlasted 3,006-opponents on his way to an impressive victory.

O’Driscoll had to contend with the likes of Team partypoker pro Philipp Gruissem and Anton Suarez at the final table. Gruissem crashed out in sixth for $19,760 while Suarez, winner of the 2020 MILLIONS UK Main Event for $1 million, was O’Driscoll’s heads-up opponent.

Luck was on O’Driscoll’s side and he busted Suarez in second-place. The Swedish runner-up netted $93,880 while O’Driscoll secured the tournament’s only six-figure prize, namely $121,980.

There wasn’t an British or Irish champion in the $33 buy-in Mix-Max Micro Championship, although three of our players were present and correct at the final table.

Finn Walker was the first of two Brits to bust out. Walker won $9,075 for his fifth-place exit. Third-place and $19,863 went to Ireland's Colin Horgan before Sean Donovan saw his tournament end in second place, a finish that reeled in a $25,940 consolation prize.

There are plenty of Mega Sats for the Main Events plus you can win your seat via the WPT edition SPINS for a mere $10.