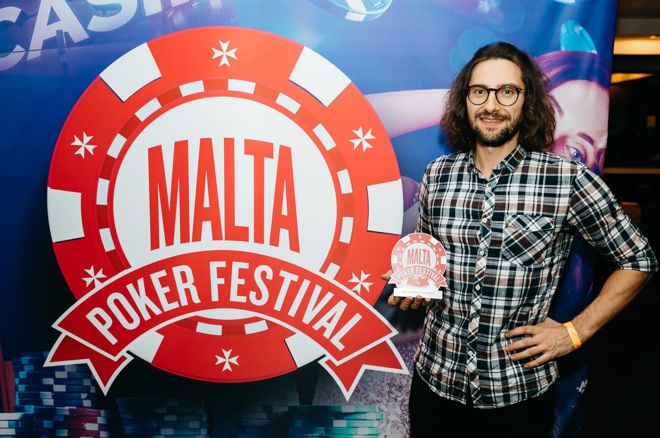 The live poker world has been dealt a massive blow as the result of the ongoing pandemic. No EPT's, no live WSOP, no big partypoker festivals; operators either moved their efforts online or canceled/postponed their events. But while everything up until late summer was removed from the calendar early on, several stops kept their late-year tournaments up for a while pending developments.

Two of the popular European poker tours that were still slated to be held in November were officially pulled on Friday as both the Malta Poker Festival (MPF) and The Netherlands' Master Classics of Poker (MCOP) were taken off the poker calendar.

Ivonne Montealegre, Founder and Event Director of the MPF told PokerNews the following about the cancellation: "We are canceling the Malta Poker Festival event this 2020 due to the global outbreak of Coronavius (COVID-19). We need to consider the location and duration of our event as well as the number of participants and at this point, we think it could place a strain on the health system."

Jesmond Galea, GM Portomaso Casino, added: “Portomaso Casino, always having its clients at heart, joins Ivonne Montealegre in announcing the cancellation of The Malta Poker Festival. We have been following thoroughly the situation and the instructions of the Health Authorities and needless to say, the best way forward is to cancel the event to further safeguard our community. The Malta Poker Festival has been nurtured to be a successful event after just two years and we look forward to going over this hurdle together and welcoming you back for another event next year."

"We care deeply for our esteemed clientele and it seems the most reasonable decision facing this global health crisis," Montealegre added. However, we are positive that we all will overcome these challenging times and we are preparing with even more passion and care for 2021. We are gearing up for The Alpha poker tournament in February 2021 and will release the details shortly. Stay Safe and we look forward to welcoming you again."

The Alpha is the first tournament on the 2021 calendar for the Malta-based tournaments, scheduled to take place Feb. 3-8. In addition, the dates of next year's Malta Poker Championships (May 9-15), as well as the Malta Poker Festival itself (November 3-9), have been announced.

Competing Malta live poker event Battle of Malta will also not take place this year, it was announced on Tuesday. The festival was originally scheduled for October.

Instead, in the manner of several European events from the spring, the event will be replaced with an online version.

"The health and safety of the players is our top concern now, which is why we will not be able to meet all our players face to face this year," the press release reads. "As you cannot come to the Battle of Malta in 2020, we will come to you. We will have huge news which we will announce in September about a replacement of the live festival with something amazing online. We can then look forward to welcoming everyone back to break some more records in 2021."

Events like the Irish Poker Open took place online this spring on partypoker as the site became a haven for live poker brands forced to cancel in the wake of the pandemic. Whether Battle of Malta continues that trend this fall remains to be seen.

A massive blow to Dutch poker was also announced as the second-longest-running poker series in Europe, the highly-popular Master Classics of Poker, was canceled. The cancelation ends a 28-year streak of the poker festival in Holland Casino Amsterdam. In addition, the WSOP Circuit event in Rotterdam will also not take place.

Ever since Holland Casino was forced to close their doors overnight, resulting in the cancellation of WPT Amsterdam midway through Day 1A, poker has not returned to the only legal live poker operator in The Netherlands. It will remain the case for a while as, along with the MCOP and WSOP cancelation, Holland Casino announced that all poker cash games and tournaments up to November 1st are not available.

MASTER CLASSICS OF POKER 2020 CANCELLED!! ❌ Unfortunatly due to the increase of the COVID-19 measures we had to mak… https://t.co/bjbIpZCRGS

PokerNews has reached out to a Holland Casino spokesperson for more information and will update the article to reflect it.

While many casinos and poker rooms across the world are struggling to reopen, King's Casino in Rozvadov, Czech Republic all but seem open for business as usual. Recent tours drew sizable crowns and there's plenty on the calendar ahead including the German Poker Tour Edition (Aug 19-24), Italian Poker Sport (Aug 26-31) and the German Poker Days on Sept 3-6) to name but a few.

Also, with GGPoker currently handing out WSOP Europe packages for an unannounced event to their bracelet victors, it'll be interesting to follow if a live WSOP Europe in Rozvadov is still in the cards this year.

Check out how King's has reopened their doors