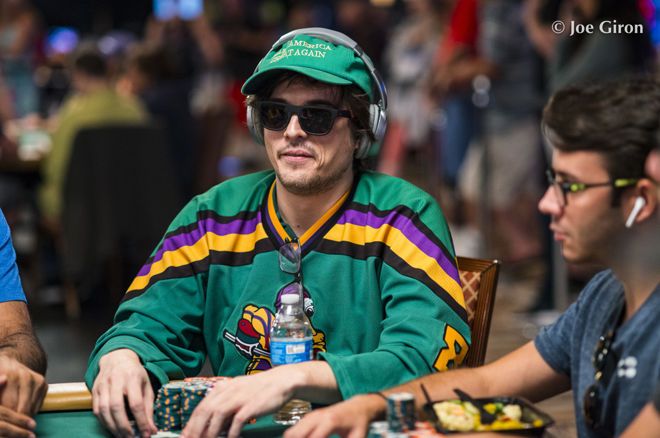 It was a bit of redemption for Romaine, who earlier in the series finished runner-up to Michael “miguelfiesta” Lech in Event #13: $1,500 High Roller Freezeout, which was good for $110,979. Romaine went on to notch four smaller cashes before getting his hands on a gold bracelet here two weeks later.

There's still some events left as part of the WSOP.com portion of the WSOP Online. The PokerNews live reporting team is on top of all things WSOP. Don't miss a beat!

Vasu “kheescoopy” Amarapu began the final table as the big stack but with the blinds up there the chips were flying. Gabriel “NJ_FittyFish” Ramos was the first to go after calling off a short stack with queen-ten-ten-nine and failing to get there against the ace-king-king-three of Romaine.

Kyle “Ksparks740” Sparks got his stack all in preflop against two players, which was whittled down to one on the run. Stephen “Chippingggup” Tyson had the nut low and a medium pair while Sparks had bottom pair. The latter failed to improve on the river and exited in fifth place.

During four-handed play, Tyson got it in on the turn with the high while Romaine had the low. The latter rivered a straight to scoop, and just like that Tyson was gone in fourth place.

Amarapu, who had qualified via a $100 satellite, got his stack in with both low and high draws against Romaine’s top pair, which ultimately held when a king completed the board on the river. That allowed Romaine to take 4.7 million into heads-up play against the 3.1 of Mark “victb” Ioli.

It didn’t take long for Romaine to whittle down his opponent, eventually leaving Ioli with crumbs after betting him off on the river. It was all over the very next hand.

The next tournament on the schedule – Event #29: $2,000 NLH Deepstack – will take place at 3 p.m. PDT on Wednesday. The PokerNews Live Reporting Team will once again be reporting all the action, so be sure to tune in then to see who captures the next 2020 WSOP bracelet!