Value Town: $4 Million Guaranteed in the WSOP COLOSSUS and the PLOSSUS at GGPoker 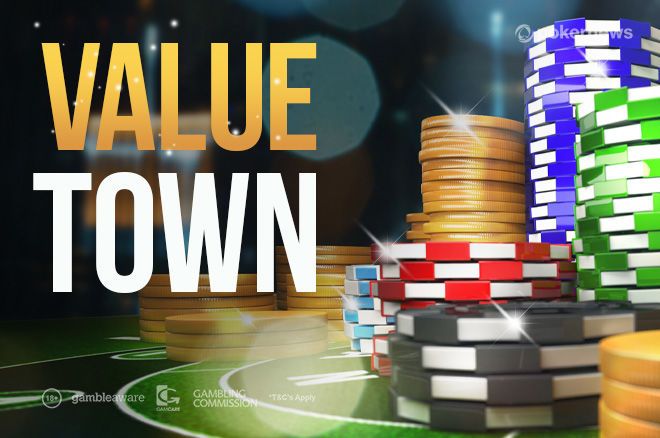 The first-ever Online World Series of Poker (WSOP) for international players is in full swing with GGPoker hosting 54 of the 85 bracelet events from July 19 to Sept. 6.

But it isn't often poker players have a chance to make WSOP history with two gold bracelets on the line and a chance for a massive payday with the two events boasting $4 million in combined guaranteed prize pools.

In addition, you can qualify for both of these via direct satellites at GGPoker starting at just $3.24 running around the clock.

Read on to learn more about both of these great events.

Listen up hold'em fans as the COLOSSUS is your chance not only for a WSOP bracelet in a reasonably priced event but also a life-changing payday with the event boasting a massive $3 million guarantee.

The tournament features 14 opening flights with at least two running per day.

Players being the action with a huge stack of 50,000 in chips and can re-enter an unlimited amount of times during the three-hour late registration window featured in most of the opening flights.

Day 1 concludes after 17 blind levels are in the books with each player remaining advancing with their stack into Day 2 on Sunday, July 26 at 6:30 p.m. GMT.

Those not happy with the stack they virtually bagged can try again in another opening day without forfeiting their stack as the tournament allows players to bring their best stack forward into Day 2.

Qualify for the COLOSSUS for $3.24 at GGPoker

Those of you that prefer playing with four cards will also have your chance to win a bracelet and a huge prize with the PLOSSUS guaranteeing at least a healthy $1 million.

The Day 1 structure is similar to that of the COLUSSUS except players have 15 opening flights (instead of 14) and will play 16 blind levels (instead of 17).

Once again, players start with 50,000 in chips and can re-enter an unlimited amount of times during each flight until late registration is closed. Similarly, blinds will go up slower when Day 2 kicks off on Sunday, July 26 at 7 p.m. GMT.

Qualify for the PLOSSUS for $3.24 at GGPoker

Now could be your time to chase WSOP gold regardless of whether you like hold'em or Omaha. Or take two chances if you like both games.

Get in on the action at GGPoker by downloading GGPoker via PokerNews. Doing so entitles you to a welcome bonus worth up to $600. Your first deposit is matched 200% up to a maximum of $600.