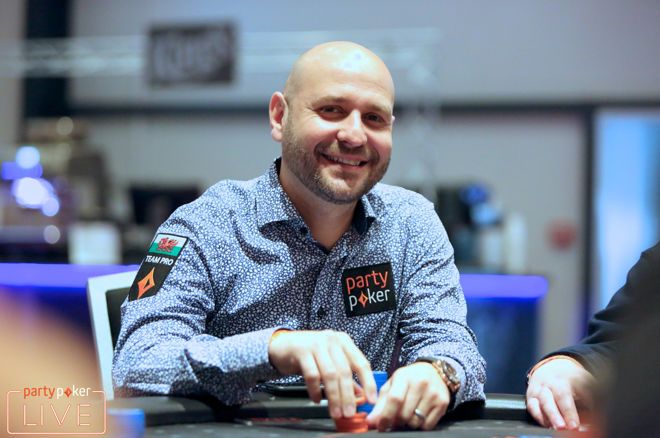 The popular Welshman and member of Team partypoker, won the EPT Prague Main Event in December 2010. The WPT Bratislava title came Romanello’s way in March 2011 but a WSOP bracelet continued to elude him.

The United Kingdom’s Paul Barnes came close to winning this tournament but ultimately had to make do with the $113,866 third-place prize. Barnes’ exit left Romanello and Swedish legend Nikas Astedt heads-up.

Romanello’s pocket sevens held against Astedt’s king-queen with the assistance of a seven on the flop to gift him a 22,600,000 to 370,000 chip lead. Astedt doubled on the next hand but it was all over very soon after.

Some of the other big GGPoker scores included:

Conor “1_conor_b_1” Beresford saw his bankroll swell by more than $38,000 on July 26 thanks to winning a PokerStars Sunday Major and chopping a second.

Beresford’s victory came in the $1,050 Sunday Supersonic 6-Max, a tournament that saw 105 players buy in. Some of the world’s best known players reached the top 11 finishing positions where the $106,655 prize pool was awarded.

Beresford sent Max “goodeh99” Silver to the showers in second-place, which saw Silver bank $19,569. Beresford scooped the $25,489 prize and the title of champion.

The talented Brit wasn’t done there because he chopped the $1,050 Sunday Warm-Up when heads-up. The deal saw Beresford finish in second place and win $12,545, which left Netherlands’ Teun “tinnoemulder” Mulder to collect $15,855 and add yet another first-place finish to his poker CV.

Check out these other scores from British and Irish players at PokerStars on July 26.

There was a British player at the final table of the $100,000 Sunday Mega Deep. “thevaletor” ran out of steam in ninth-place and scooped $1,500. The prize was boosted slightly because only 812 players bought in so 888poker added $18,800 to the prize pool to make up for the shortfall in the guarantee. This is still one of the best value tournaments each Sunday.

Earn rakeback when you register early for 888poker MTTs