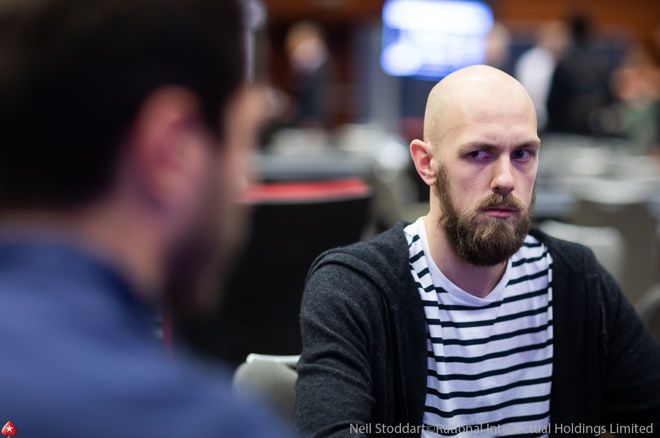 Stephen Chidwick may not play as much online poker as he once did but the British superstar proved he can still rub shoulders with the best of them by taking down a brace of High Roller Club events at partypoker on July 5.

Chidwick’s first victory came in the $5,200 buy-in The Big Game, which paid out $866,370 among its top 24 finishers. Chidwick found himself heads-up against UK-based Belgian Thomas Boivin and he got the job done to bank the $191,727 top prize. Boivin padded his bankroll with the $137,752 consolation prize.

Victory was made all the more sweeter by the fact the final table was ridiculously stacked. Check out the official payouts below to see what we mean.

Chidwick’s second victory came in the $10,300 Mix-Max 2nd Chance and weighed in at $176,000. Ireland’s Mark Davies burst the money bubble when he fell in seventh-place. Chidwick made amends for our readers by eventually defeating Dan Shak of Poker Central fame heads-up. Shak, playing from Poland, won $112,615.

Play in $300K worth of freerolls at partypoker

Team partypoker’s Patrick “Patrick_Leonard” Leonard also found himself in the winner’s circle. Leonard came out on top of a 486-strong field in the $320 Big Gladiator and saw his initial investment turn into a combined $22,433.

GGPoker proved to be a happy hunting ground for our players, especially Ireland’s “GrvyB04t” who is using the same alias Ludovic Geilich is famous for. The Irish grinder won $66,968 after a heads-up deal.

Another Irish player, “DrRoche” reached the final table of the $1,000 High Rollers PLO Main Event. Their tournament ended in fifth-place, a finish that saw $9,272 prize head their way.

“ExoticJoe”, also of Ireland, finished eighth in the $1,000 High Rollers Main Event and netted themselves $7,543

Ireland kept up their awesome form in the $210 buy-in Bounty Hunters Main Event. “michael79” was part of a three-handed deal that saw them crowned champion and scoop a combined prize worth a cool $64,745.

Lastly, for GGPoker at least, a shout-out to Dean “Stakattak” Clay who banked $8,993 for his seventh-place finish in the GGMasters $500K Gtd. According to his Facebook page, this was Clay’s first time playing at GGPoker!

Thinking of winning a WSOP bracelet at GGPoker? Read this!

There must have been something in the water in Ireland on July 5 because Irishman Gary “GaryT20” Thompson won a brace of events at PokerStars.

Some of the other notable scores included:

$5M is guaranteed in the Stadium Series Main Event